Budget Cuts is entitled to its release date on PSVR 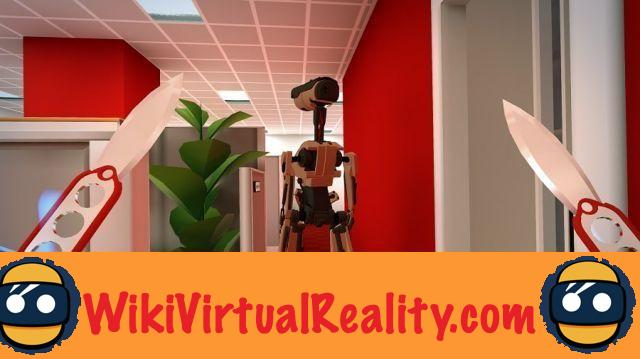 Last June, during E3, we heard about porting Budget Cuts to the Sony console. But since then, information had become scarce, and the release date was long overdue. Neat Corp has finally revealed the crucial info. The wait is almost over since the game will be available on May 15th on PSVR. And that, both in dematerialized version, in box version.

Budget Cuts is an undercover game that joined Steam almost two years ago. It had aroused great enthusiasm at the time, although some technical problems spoiled the general experience a bit. The player must escape from the building of TransCorp, an evil corporation, as it launches its minions after him. The movement is based on teleportation, and you have to get rid of the enemies with the weapons that you can recover. To survive, it is necessary to hide or avoid all projectiles sent against the player. This is where the advantage of VR is felt. Indeed, the body should really do all the dodging movements, and not just shift your head.

It remains to be seen if this special version for PSVR will improve some parts of the gameplay. What Budget Cuts 2 is already doing: Mission Insolvency, which takes the concept and makes it better in every way. We can then ask ourselves if the PSVR version was not too late before being released. Will the game find its audience? If so, then it is certain that the sequel could reach him quickly. In any case, despite its flaws, Budget Cuts has received a good reception from PC gamers. Hopefully the same is true for the Sony console players.