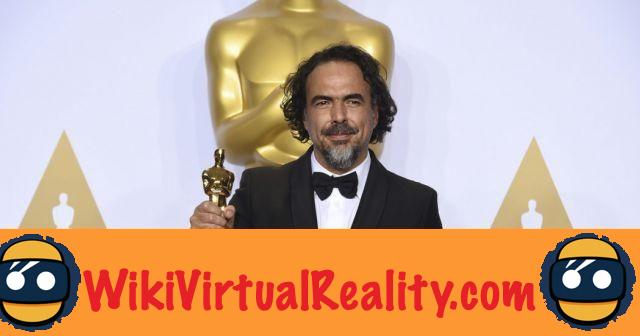 Carne y Arena (Virtually present, Physically invisible) is a 360-degree short film premiered at the 2017 Cannes Film Festival. The film is currently on display at the Los Angeles County Museum of Art.

This short film was directed by Alejandro González Iñárritu, in collaboration with the cinematographer Emmanuel Lubzki. The film is about the migrant crisis at the border between Mexico and the United States. The viewer is immersed in a group of Mexican migrants who attempt to cross the US border but must face a check by the US Border Patrol.

The film combines a virtual landscape with a real physical environment. The sand, the clothes abandoned by the migrants at the border, set the arid backdrop for this bitter short film. According to the director, the goal is to allow viewers to put oneself in the shoes of migrants, to feel their emotions. When viewing this work, one feels the sensation of disorientation, fear and doubt that migrants may suffer. At the end of the video, immigrants tell one by one their story, their journey. 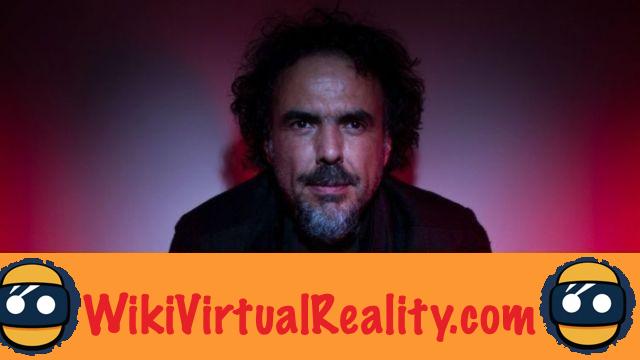 This awareness-raising work has just received a special award from the Academy of Motion Pictures Arts and Sciences. This award is given “in recognition of a visionary and powerful storytelling experience”. is the first project to receive this award since the Pixar animated film, released in 1996.


According to AMPAS president John Bailey, it has opened new doors for cinematic perception. It's about a creative revolution in the still nascent field of virtual reality, which connects the viewer to the very tense political and social reality of the border between Mexico and the United States.

This award marks the milestone for the virtual reality cinema industry. There is no doubt that this achievement will motivate other talented directors and filmmakers to embark on the adventure, for example, by investing in the new professional 360-degree camera Samsung Round unveiled by the Korean giant as part of its latest professional conference.


Obviously, virtual reality cinema is still in its infancy, and we have everything to discover of the possibilities offered by the alliance of the seventh art and immersive technologies. Provoking empathy is only one facet of this chemistry, which could also push the limits of the imagination and give life to new forms of artistic expression.

To celebrate the 2 years of Vive: a series of free games to download ❯