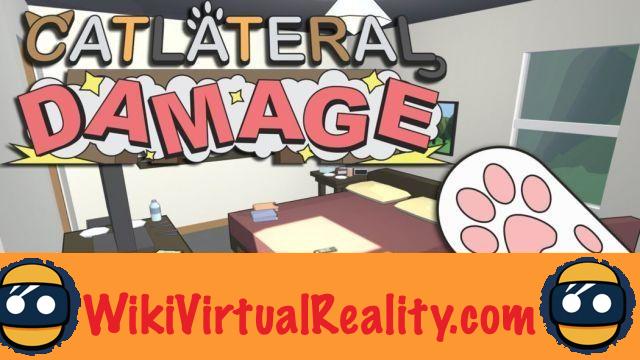 Stronger than any company that creates VR technologies, our feline friends seem to be interested in virtual reality. Omnipresent in videos on the internet, cats have always forced us to worship them, is only the illustration of their domination. This FDCS (Firt-person destructive cat simulator) is a game like where our furry friends allow us to discover their pasha life. Far from being a simulator of animal life punctuated by the classic creed “eat / nap / defecate”, the creation of Chris Chung emphasizes the destructive and messy side of our favorite animals, mostly inspired by his experience.

therefore offers us 2 playable game modes : Objective whose goal is to destroy as much as possible in a short period of time, and “Litterbox” literally meaning kitty litter, allowing the player to enjoy the original gameplay without any restrictions. Regarding our feline life, we have the choice between several environments to claw us like a mansion, a museum, a chalet and even a supermarket. Procedural generation of maps allows you to enjoy the world without any latencies. However, we regret that VR only adds an immersive point of view independent play although the quality is at the rendezvous. If you had to get yourself, do it first and foremost for your love of cats.

By dint of talking about these dirty animals, we forget the origins of this work. Chris Chung brought his game to life with his prototype presented at the competition (international first person game development competition) as well asa Kickstarter campaign supported by more than 2500 fans. And if this “” is already very proud of his creation, he purrs with pleasure when he sees the adaptation of his game to PlayStation VR. 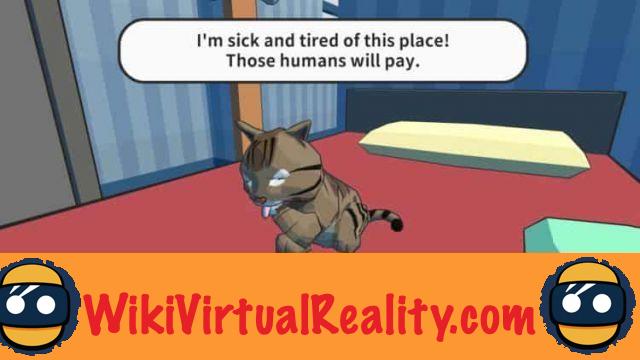 is already available on Steam for 9.99€ with HTC Vive, we will have to wait next October for its console version.

add a comment of Catlateral Damage, when VR turns you into a cat