Cinema and virtual reality - No longer seeing but living your film 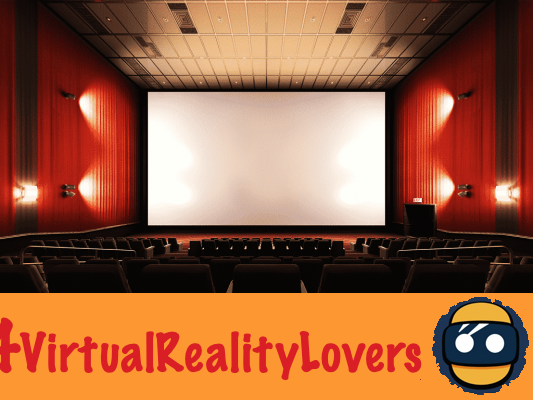 If there is one industry that remains prolific despite the ravages of time, it is the cinema industry. Each year, there are between 25 and 000 new productions, of which 30 or 000 obtain a theatrical distribution contract. It is therefore difficult to separate the wheat from the chaff, despite the many festivals organized each year. However, moviegoers when asked what makes a movie a good movie. A good film manages to give us strong emotions in an immersive universe, so much so that time stands still and we ask for more as soon as the end credits appear.. This is the reason why virtual reality, with its strong immersive potential, will certainly transport cinema into a new era.

Danish filmmakers Jonan Knattrup Jensen and Mads Damsbo have already opted for this technology in their short film presented at the Cannes Film Festival, Ewa: Out of Body. They wanted to explore new ways of bringing the cinematographic narrative and constructing visual narrative differently by bringing an interactive dimension to it. Filmed in first person, their work put us in Ewa's skin, in subjective view, making the session go from a simple projection to a real participatory experience.. This is neither more nor less than the beginnings of a new cinematographic landscape where seeing it becomes living.

Another film proposed by the two Danish directors, owners of the Makropol studio, during the last edition of the Cannes Film Festival: Doghouse. In it, viewers could participate in a virtual reality family dinner before being invited to share their thoughts and opinions about the experience they had just had. Knattrup Jensen and Dambso build on this point to highlight the fact that VR provides the user with an experience that is unique to him and that belongs only to him. At the same time, they put an end to the idea that wearing a virtual reality headset would be antisocial. Indeed, according to them, the diversity of experiences will naturally lead to a plurality of opinions in future debates and analyzes.


This idea divides greatly in the film industry. For some great directors, like Michael Bay to whom we owe the Transformers series, virtual reality is undoubtedly the future of cinema. He also recently formalized a partnership with The Rogue Initiative to use virtual reality in his next action scenes, and thus make them more dynamic and immersive. Others, like Steven Spielberg still have some doubts about the possible virtues of VR, arguing that it could distance viewers from the narrative framework and therefore from the true meaning of the film. Be that as it may, actors in the film industry can no longer ignore the rise of virtual reality. Perhaps one day we will be able to give the answer to Leonardo Di Caprio or Johnny Depp with our virtual reality headset.


We leave you with a video showing you the possibilities of immersion that virtual reality associated with cinema could offer: