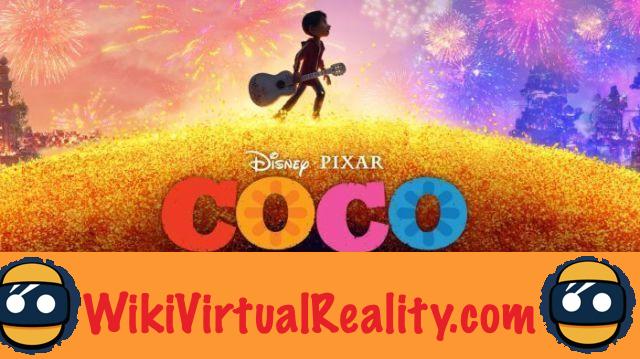 On November 29, 2017, Pixar's new animated film, Coco, will be released in French cinemas. Inspired by the Mexican Day of the Dead, Coco deals with themes such as family and mortality. As part of the release of this feature film, the famous American studio has just launched his first virtual reality experience: Coco VR. Created in partnership with Oculus and Magnopus, Coco VR allows users to explore the land of the dead in the company of other players.

Coco VR: an interactive and social experience in virtual reality

This is a promotional experiment, but it turns out to be surprisingly successful. After a brief introduction by the hero of the film Miguel, the player finds himself propelled into the land of the dead. He can then personalize his skeletal avatar with different clothes and other hairstyles in front of a mirror. Once dressed, he can then walk around the city before taking a train to go to a concert.

It is possible to play Coco VR alone, but Oculus and Pixar recommend playing together. Until 4 users can join to try on mustaches in a photo booth, chat or interact with each other. The experience also includes visiting a concept art gallery from the film, or viewing a cut scene from the film on a giant screen.

Pixar preferred to do abstraction of the darkest elements from the movie Coco in Coco VR. Granted, Miguel briefly explains the concept of Dia de Los Muertos (Day of the Dead), but the overly melancholy points, such as the fact that residents of the Land of the Dead die again if their families forget about them are intentionally obscured to offer an adventure. joyful and interactive.


Coco VR: Pixar still hesitates to launch into the creation of a virtual reality film 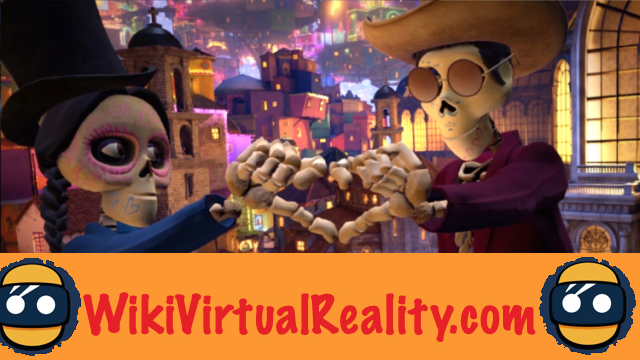 Regarding a real feature film in virtual reality, Pixar is still hesitant to launch. The studio is still trying to understand the expectations of the public, and is looking for stories to tell in virtual reality. So it's more of a creative dilemma than a business issue. However, the fact that VR is still a niche market hinders the development of such a project. Anyway, this idea is not excluded.

First announced during Oculus Connect 4 in October 2017, Coco VR is available now for free on Oculus Rift, and a lighter version will be offered on Samsung Gear VR when the film releases on November 22, 2017. It It is also possible to try Coco VR in certain Disney Stores, and several theaters will offer the experience.