Cognixion One: the first AR headset capable of reading your mind 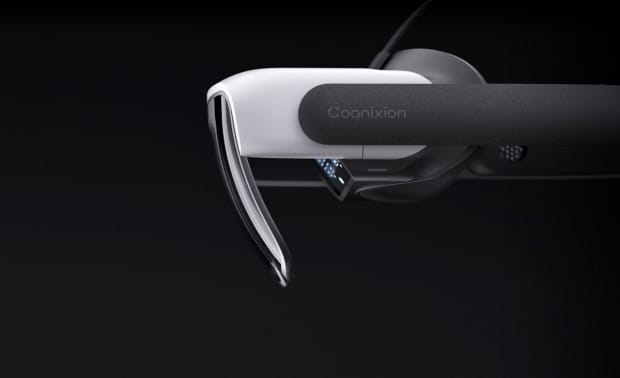 This device is capable interpret the user's thoughts, and to state them orally. Beyond the technical prowess, this AR headset could prove very useful in giving a voice to people with mutism.

Other companies are working on such devices, including Facebook, which is developing thought-control technology for its future AR headset, and the startup Neurable. However, Cognixion seems to be the first to complete its product.

Le Cognixion One is a standalone headset, working without cables or additional accessories. Its brain-machine interface technology allows it to interpret the thoughts of the wearer and react accordingly.

Cognixion One allows you to use Amazon Alexa by thinking

It also integrates l’assistant vocal Amazon Alexa. This makes it possible, for example, to control the connected objects of the Smart Home, to select music, or even to join a video game only by thought.

The words you think of can also be detected and converted to oral speech or text for private messaging. The 4G connectivity allows this device to be used anywhere, including outdoors.

This augmented reality headset was developed in collaboration with neurologists, engineers and specialized doctors. The interpretation of thoughts could be used in the field of VR gaming, but it is for now an innovation intended for people with disabilities.


We do not yet know the price and launch date of Cognixion One. The Santa Barbara-based company plans to market it in the summer of 2021 ...

add a comment of Cognixion One: the first AR headset capable of reading your mind