Cortex Sulon, wireless and with internal sensor for VR and AR 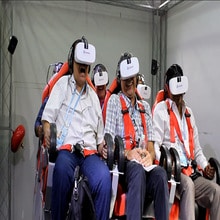 In full swing, virtual reality has attracted its share of competitors, but, in the midst of the big names such as Oculus, Sony, Razer or Valve, other challengers are beginning to arrive, including the Canadian Sulon, who presented at the beginning of year 2015 his helmet, the Cortex. While Oculus and the others use an external camera or sensors to drop off in the room, thee Cortex uses an internal sensor which is located directly in the headset. The sensor is this big ball which is at the back of the device.

The orb scans the room around the user (your room, a garage ...) and transcribes the virtual images on the walls, the floor and the ceiling of the room, thus immersing the wearer in the virtual world, managing the latter's movements in space. Its location is not chosen at random: being at the back of the skull, the orb can also analyze objects that are not in the user's field of view. For what is in front of him, he can trust two cameras placed on the front of the helmet

The helmet can for example immerse the user in a virtual film such as an underground combat scene: the wearer of the helmetue can move freely around the fighters, see even slow down or stop the film film whose walls are those of the “real world”, while a bedside table will be transformed into a crate. If the room is smaller or larger, the film adapts to it. The film in question being made with Unreal Engine 4.

The Cortex is not limited to the creation of virtual spaces, but is also able to go into the augmented reality sector, creating games that take place in our environment, in the same way that the . Even if, like the latter, we are still waiting to see where the reality begins and where the marketing ends.


So, the question: but aren't we limited by the size of our room to play? It seems indeed quite difficult to deceive the player forever in a room of 20 square meters. In fact, the orb, which constantly scans the room, tricks the user into not hitting a wall, forcing them to spin around and subtly changing their orientation. For example, by making him face flying monsters that fly everywhere. If, despite everything, this kind of stratagem is no longer possible, a grid icon appears in front of the player. He only has to turn around… and will find himself in the same “virtual” direction as before, being able to walk eternally along a virtual road.

At the level of the helmet itself, the Cortex Sulon comes out with a very beautiful futuristic design and colors that we can choose. It allows the wearer to keep his glasses on, and is also relatively comfortable to wear for the user. Its weight, higher than the competition, is relatively well compensated. 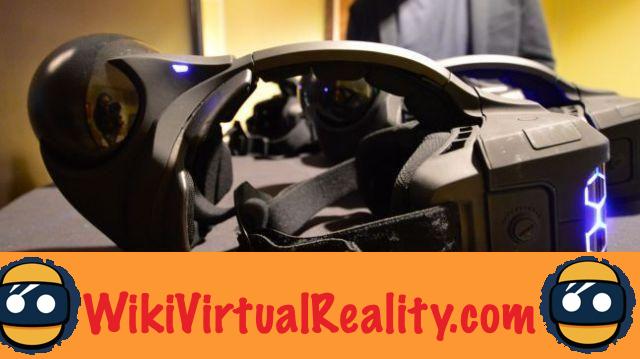 Unfortunately, the Cortex Sulon, during the last tests of the specialized press, still suffered from slight latency, as well as poorer sound and picture quality than the competition.

But we must not miss one thing: it is that the headset is WIRELESS, and that's a big performance. Even if the battery life is still unknown, if Sulon manages to make his headset as efficient as the Oculus while keeping this wireless aspect, it will have some serious concerns to be made.

Currently, Cortex Sulon devs kit can be pre-ordered on the official website, priced at $ 500.

add a comment of Cortex Sulon, wireless and with internal sensor for VR and AR