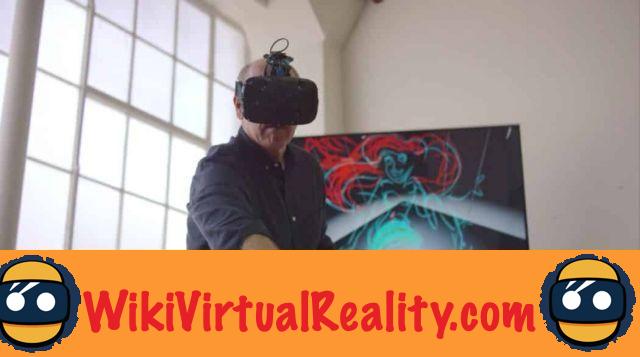 With the arrival of software such as Tilt Brush it has become possible to draw a 3D creation as we would draw in 2D, or almost. We move in this universe made of black and we trace shapes, giving them a color, a texture, a material, a reflection and a consistency to succeed in obtaining what we want.. A work that can only be appreciated at its true value through a virtual reality headset. No need to post our finished work on the Internet or on a painting if it is to give it a flat shape, without movement or depth, a dimension that only VR can transcribe. A limit therefore to be able to contemplate the creation but also a force which allows to anchor this new form of art in a particular framework which is specific to it. 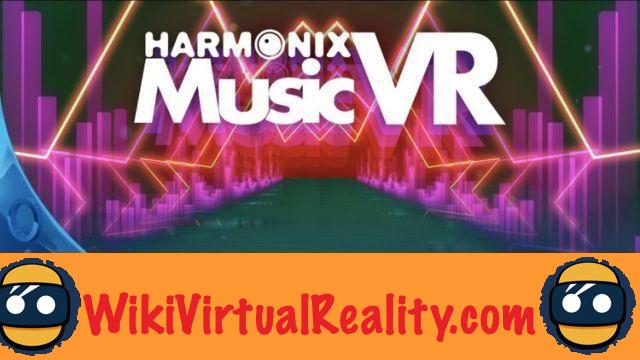 We won't go so far as to say that the Tilt Brush is a new art form, but rather that it is a new way of drawing. Halfway between digital art and 3D creation. As intuitive as it is imprecise, but a pioneer of a new genre brought about by virtual reality. Others have understood it well, such as Harmonix which offers you to draw to the rhythm of the music and to make the shapes vibrate according to the sound represented in a 3D graphic universe. The drifts are numerous and offer new possibilities to express and create one's universe.

It is the ease of use that may well make this practice popular. Drawing requires in-depth knowledge that not everyone has. Manage depth of field and shadows and lights for example. Two things software like Tilt Brush can handle on its own. It thus becomes much more intuitive for the user who can concentrate on his creation while trying to give life to the universe that sings to him. Of course, ergonomics and comprehension concerns may arise, but nothing insurmountable. 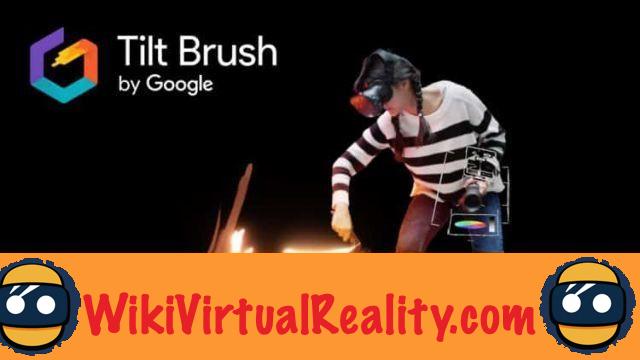 Create the level design of a game

Building the levels of a 3D game in VR? At least that's one of the possibilities for the future. When we design a game, the level designers build the architecture of the levels. First in the form of a plan, until integration into the engine itself. The use of virtual reality could make this last step more attractive and intuitive for integrators. By skillfully using the controllers and the helmet, it becomes possible to move easily in the 3D environment and to place, move, delete and add objects, characters, enemies and any other objects necessary for the success of the level.

Unreal Engine also offers a suitable system that the video below illustrates perfectly:

However, there is a lack of precision in depositing and navigating with objects. The pointers being the hands, they react to the smallest movements, which is immediately visible on the screen. We also notice the presence of tools already present in the basic version of the editor, such as the possibility of moving an object on a single axis (X, Y or Z) for more precision. The ability to duplicate objects too, in seconds the tester manages to create an arch by duplicating in triplicate the same pillar and by managing the arrangement and the rotation. Too bad that this one does not put forward the precision of the placements by quickly depositing the various clones whereasit is perfectly possible to line up on the ground and manage collisions. 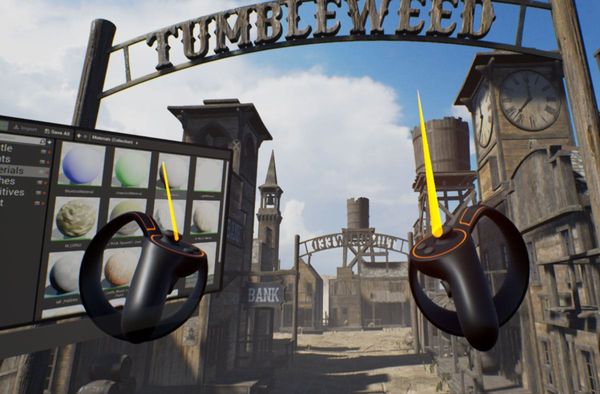 Real estate may not be able to do without virtual reality in the near future. Building a building or any other building requires cutting edge work on the part of architects, there is no room for error. Unfortunately, it can be very complex to project yourself with sufficient rigor in a 3D visualization of the environment. With VR it will be possible to browse the building in its final version as we would be there. To test the proportions, sizes, limits, etc ...

But the possibilities don't end there! For real estate agencies, this is a new opportunity to sell their product by offering their clients the possibility of browsing reconstructions of apartments or houses for sale. Convenient when the house to visit is several hours away. Saving time and resources for everyone.

Regarding augmented reality, it would offer new possibilities of 3D creation to discover the layout of a building or a new place. For example, for the construction of a park or a series of housing, it would be possible to show an augmented reality representation instead of the eternal model. A practice that is likely to develop in the coming years. 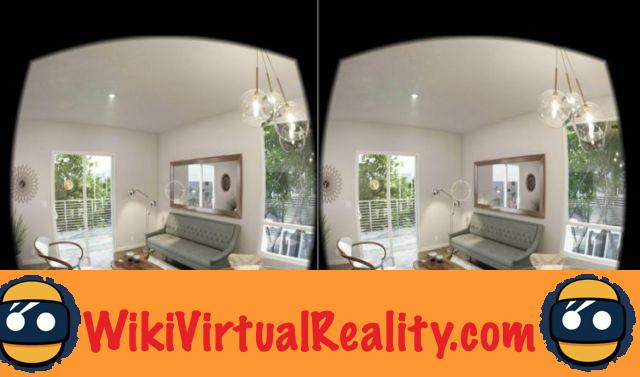 Unfortunately nothing is perfect yet and to say today that it will be possible to create with the snap of a finger the creation that meets all our needs is totally impossible. All this does not remove the technical constraints, the need to have the right equipment and of course the software knowledge to build what you want. It is not tomorrow that programmers will disappear and so much the better, because it is again thanks to them that it is possible to personalize the experience according to our needs in order to have the best possible 3D creation.

It is also important to note that virtual reality does not make it easy to share your experience either. The isolation it generates is much less suitable for making a virtual reality visit with a real estate agent, for example.

It is important to know how to find the real interest in virtual reality and not to use it in just any circumstance. For example, to build certain elements of level design in a video game, virtual reality could be more attractive but less precise, which will ultimately remain a matter of preference. It's up to everyone to find something for themselves.

add a comment of Creation 3D: Design in virtual and augmented reality