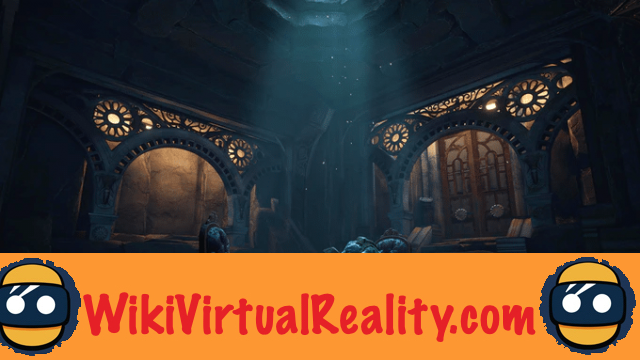 The Cyan studio, known for its puzzle games, including the classic Myst on PC, postpones the release of a future VR title called "Firmament", beyond 2021.

This announcement follows in particular a successful crowdfunding campaign on Kickstarter in 2019. Initially, the creators planned a launch for July 2020, a deadline they now consider too optimistic.

Fact, this is not the first VR project for Cyan, already behind the excellent Obduction. Available on PCVR and PSVR, this title is quite simply one of the best virtual reality puzzle games. Given that previous success in VR and the studio's years of experience, then one could expect it to hold up to the initial deadline, however tight it might be.

Nevertheless, Cyan has already updated Firmament's Kickstarter page to warn contributors of this delay, not ruling out the possibility of a release in 2022. In the meantime, discover a first teaser:

Why Cyan is delaying the release of its VR Firmament game

In its defense, the studio advances its intention to deliver a product only when it is ready. In addition, the creators note that Firmament will be significantly more ambitious than their old projects, revolving around a plot richer than what they had originally planned.

In any case, fans can be reassured since Cyan rarely abandons a project. Firmament should therefore come out, although one cannot say for sure when.

However, it should be remembered that 2022, the new deadline, should coincide with theadvent of next-gen consoles and PCs. At the same time, helmets and other VR equipment could also know their next iterations around this date. We can therefore wonder if Cyan plans to adapt its game to future technologies that will be available at the time of its release, after so much delay. However, this remains the domain of speculation.


For now, Cyan announces that its Firmament game should be available on PC, Steam VR, Mac, PS4 and PSVR.