Cycle of Hype: where are virtual reality and augmented reality? 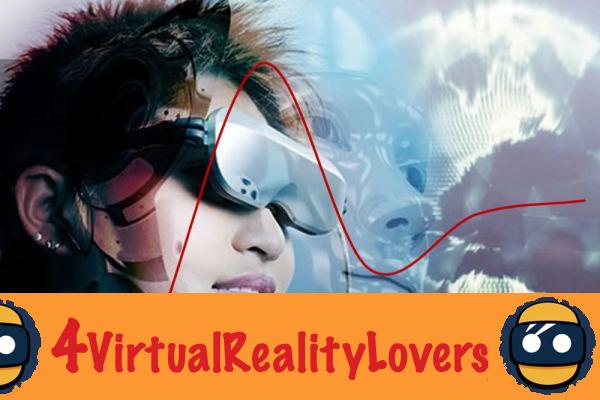 The Hype Cycle is a diagram representing the advancement of an emerging technology. This representation was defined by the Gartner Institute which publishes, each year, an assessment of the position in which new technologies are found and assesses the time necessary for its maturity and democratization among the general public. What phase is virtual reality, mixed reality and augmented reality in?

According to the Gartner Institute, all breakthrough technologies systematically go through 5 different cycles, more or less long depending on the technology, before its acceptance and democratization. This representation is schematized in the form of a curve presenting 5 distinct phases. 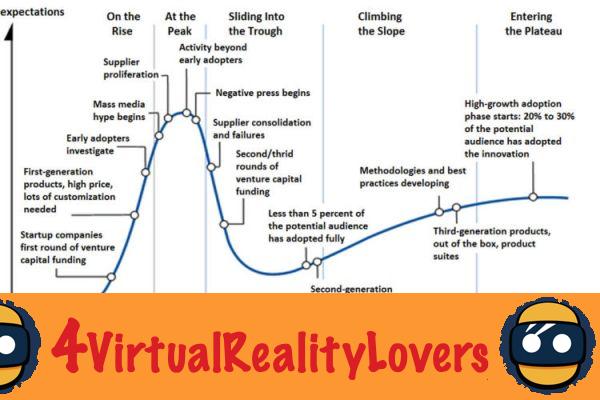 Although imperfect, the Hype cycle evaluated by the Gartner Institute represents fairly well the maturation of an emerging technology and the different phases through which it passes. However, some criticize a communication more than a true objective study. Others point out that this is not a true cycle because it is only followed once by technology. 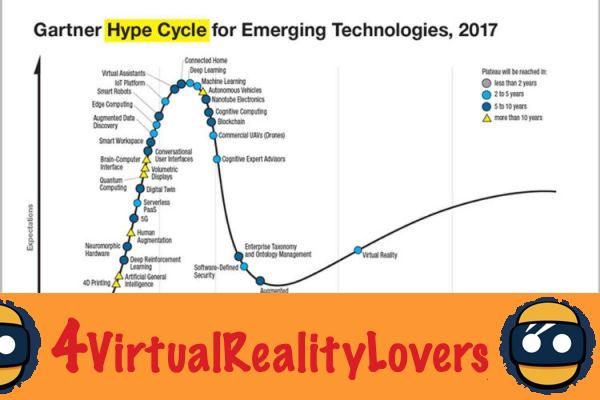 This position is justified by the fact that many accessible devices will soon be launched as well as many applications and games which are considered to be of great interest. It is true that VR is not yet fully ripe. Many improvements are still to be made and many defects to be corrected before mass adoption is possible. 2015 was the year of the launch of virtual reality. 2016 saw the release of different devices and an exaggeration of expectations around VR. 2017 saw the end of exaggerations and the passage into the abyss of disillusionment as well as the entry into the phase of the slope of enlightenment. 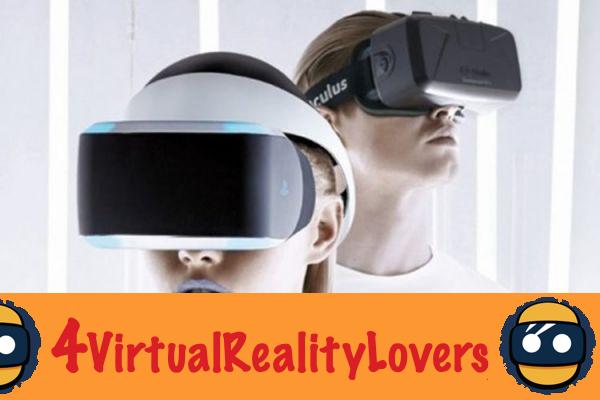 The upcoming release of more accessible virtual reality headsets that run on mid-range computers, as well as the announcement of many AAA games and particularly interesting applications, is expected to rapidly advance virtual reality on the path to the slope of enlightenment. . According to experts, 2019 should therefore mark the beginning of the entry of VR into the productivity plateau of the Hype cycle and the start of the massive democratization of technology among the general public..

According to the evaluation of observers and specialists from the Gartner Institute, augmented reality and mixed reality, often confused or associated, approach the lowest point of the chasm of disillusionment in the Hype cycle. According to experts expectations around these technologies are disappointed and confidence in the potential of augmented reality and mixed reality is expected to bottom out soon. The Gartner Institute estimates that it will take between 5 and 10 years before these two technologies are truly democratized among the general public.. 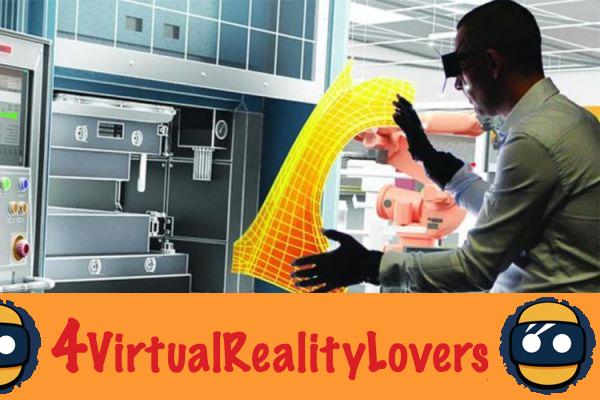 These statements are confirmed by the fact that few devices currently exist on the market. The prices are particularly high and reserved, for the moment, mainly for a professional audience. The world of augmented reality and mixed reality has been disappointed by the delay taken by companies like Magic Leap or even Apple to present a convincing product.

The small amount of available applications has also dampened the expectations of this technology yet considered to have a higher potential than virtual reality by many experts. The release of Apple's ARKit and the flowering of applications which we have been attending for a few weeks as well as upcoming announcements surrounding Magic Leap, the future iPhone 8 or even Apple's mixed reality glasses could, however, mark the entry into the “slope of enlightenment” phase of the hype cycle of these two technologies.

add a comment of Cycle of Hype: where are virtual reality and augmented reality?