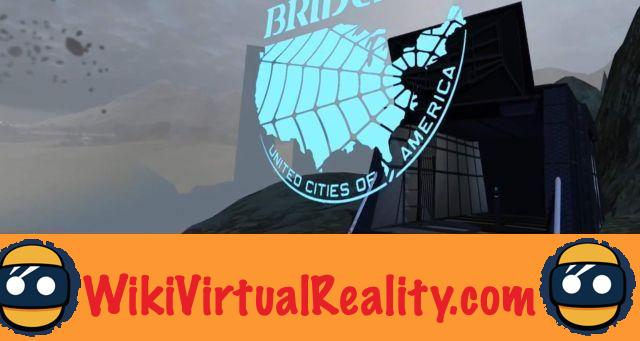 A true legend of video games, Hideo Kojima confided in 2016 that he was interested in virtual reality. However, in 2019, the creator of the saga also admitted that this technology is too limited at the moment and that he just does not have enough free time to embark on a VR game project.

While waiting for the Japanese genius to change his mind, fans will soon be able to turn to a virtual reality adaptation of the game created by a fan for the Oculus Quest.

As a reminder, is the latest game of Hideo Kojima. Launched in November 2019 exclusively on PS4, the title offers to play the deliveryman Sam Porter Bridges in an apocalyptic world haunted by creatures on the border of life and death.

The role of the protagonist is to deliver resources to the various colonies of the United States, and to reconnect them through a wireless communication network.

Death Stranding VR: a promising adaptation for the Quest

A Reddit user by the name of KingCeryn just posted a trailer for his porting project . We recognize the atmosphere and the landscapes of the game, and even Kojima's stylistic touch.

Le player climbs rope, and explores buildings. We even find the Odradek Terrain Scanner, but not the Bridge Babies. BTs, the game's big bad guys, can also be seen in the video.

The project is under development, but KingCeryn does plan to let fans play it in the near future. Of course, the game will be offered for free to prevent Sony from filing a complaint ...