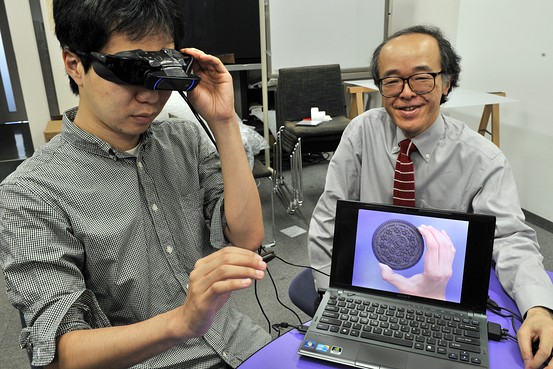 Eat raw. Eat food without carbohydrates. Eat exclusively on juice. Do not feed at all. Losing weight is often a real chore, and an arduous fight against our natural appetite and our spontaneous cravings. Yet it is a priority for some and some of us.

If this will is sometimes a neurosis or a complex, it is sometimes a question of health. Obesity remains a scourge for our societies today, and the latest statistics on this subject are alarming. In the face of malnutrition, it is essential to take action.

The Diet Goggles, glasses to fool the senses 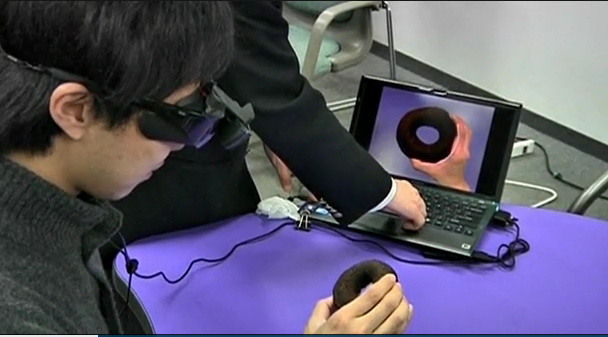 In this context, even players in the augmented reality industry must take part in the fight. So, a team of Japanese scientists claim to have invented a revolutionary way to lose weight. University of Tokyo Cyber ​​Interface Lab researchers unveil Diet Goggles.

This concept starts from a simple observation. Virtual reality and augmented reality headsets can trick our senses. It is therefore possible to reduce appetite, make fat-free food taste delicious, and persuade our brains that we are eating more than we actually do. We recently discovered a system to fight against excess sugar thanks to virtual reality.

Le lecturer Takuji Narumi, holder of a PhD at the University of Tokyo, has just invented an augmented reality system called

For example, wearing these glasses, a person who eats a cookie will feel that the cookie is bigger. He will thus have the illusion of eating more. In addition, the angle of his fingers holding the food is altered, to ensure that the brain fully believes in the illusion.


Technology to be used with care

Selon Narumi, this technology can reduce the amount of food consumed by a person by 10%. However, according to Michitaka Hirose, leader of the project and also a professor at the University of Tokyo, this system should be used with caution.

If the cookie is too large, the illusion will not work. The difference between the virtual projection and the portion actually bitten will be too great. For the time being, researchers only succeeded in fooling the senses by increasing the size of food by no more than 50%.

Apart from this limit, augmented satiety technology is a very ingenious use of augmented reality. This invention confirms the potential of VR and AR to revolutionize the medicine and healthcare industry. It is not yet known whether the Diet Goggles will be released in the near future.

add a comment of Diet Goggles - Augmented Reality Against Obesity