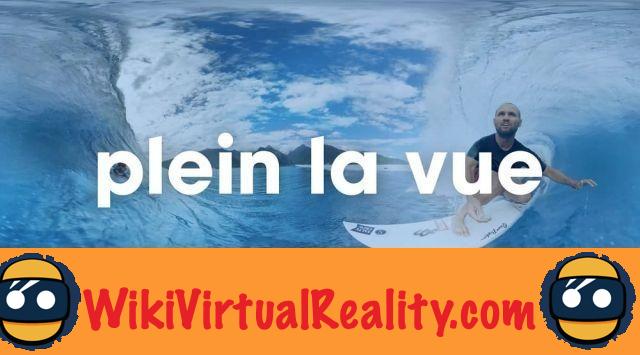 According to operators and chipmakers, the 5G will enable the streaming of live events in virtual reality. Thanks to the high bandwidth and low latency of this new network, live streaming of extremely large 360-degree videos will finally be possible. We were also able to attend a 5G VR video streaming demonstration on Qualcomm's booth at CES 2019.

However, new devices will be needed to take advantage of the opportunities offered. In this context, the Japanese operator NTT Docomo announces today “The world's first 3K 8D virtual reality system” allowing streaming at 60 FPS via 5G.

Concretely, this system consists of an 8K 3D 360-degree camera, a Spherical 3D microphone produced by Yamaha with 64 audio recording channels, several computers, and a 5G station. The goal? Facilitate the streaming of panoramic VR content from anywhere in the world via 5G. 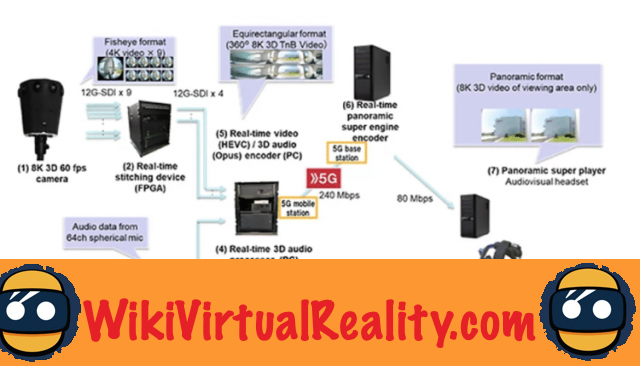 In order to allow VR headset users to enjoy ultra-high definition stereoscopic live videos, which can be viewed from different angles, Docomo has worked tirelessly on this system for a year. Note that the system was successfully tested this week by Docomo, the HTB television channel and NEC during the Sapporo Snow Festival in Hokkaido.

You should know that processing power and bandwidth requirements are extremely high for streaming VR video in 8K. The images captured by the multiple camera lenses must be instantly stitched several times per second and streamed over the 5G network with their perfectly synchronized 3D audio.

To meet this challenge, Docomo has developed a new 8K video encoder at 60 FPS, a powerful 3D camera and a particularly fast video assembly. The computers convert the nine 4K video streams from the 3D camera into two 8K 3D 360 degree videos in real time. These videos are then compressed for streaming via 5G. Another machine is responsible for transforming the 64 audio channels of the 3D microphone into 36 channels of 3D audio. So the resulting stream combines panoramic 8K 3D video and stereo audio that changes depending on the user's head position.

This is a leap forward for streaming content in virtual reality. That said, no VR headset currently available is compatible with 5G and none of them are capable of displaying 8K (except the Pimax 8K). In addition, there are still very few 5G networks operational to date. It will therefore probably take a year or two for the system developed by Docomo to prove to be really useful.