Doctor Who: a full VR game on PSVR, Vive and Oculus at the end of 2019 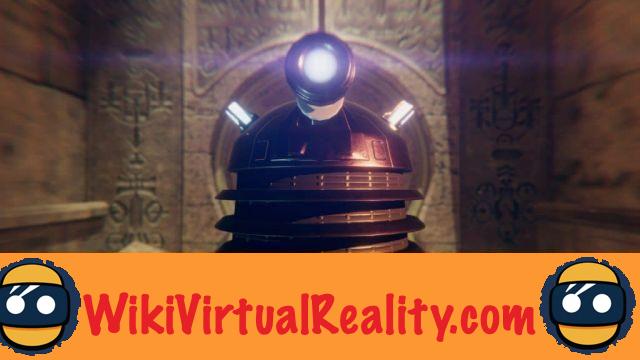 Last week, the BBC released a virtual reality short from the Doctor Who series. A nice gift for fans of the successful British series, but which was in fact just an appetizer with the main course. In a few months, in September 2019, a full VR game will launch on PSVR, Oculus Quest, Oculus Rift and HTC Vive.

Entitled "Doctor Who: The Edge Of Time", the title will invite the player to play a friend of Doctor Jodie Whittaker who is held captive by a mysterious force. A “Reality virus” was deployed to modify the universe.

The game was developed by Maze Theory, the London studio which is also developing a Peaky Blinders game combining VR and AI. This time it is not a simple 360-degree short film, but a fully interactive video game.

Doctor Who: a VR game designed to make you experience an episode of the series

According to the developer, the ambition was to allow fans and players to feel in an episode of the series. Although the scenario is completely new, we will find the emblematic “villains” of the series will be… in heaven…

Otherwise, Maze Theory worked with the BBC production team to create new characters specially for the game. These new characters are designed to serve the scenario, and should therefore fit perfectly into the universe of the series… we will also find the famous Sonic Screwdriver of the Doctor, which the player can use freely.

In total, life should be around 2 to 3 hours. The developer is convinced that his game will delight Doctor Who fans, and science fiction fans in general. “Doctor Who: The Edge of the Time” will be available in September 2019 on PSVR, Oculus Rift, Oculus Quest and HTC Vive. A launch of an arcade version is also planned ...

add a comment of Doctor Who: a full VR game on PSVR, Vive and Oculus at the end of 2019