Dreadhalls, the classic VR horror classic, is coming to Quest 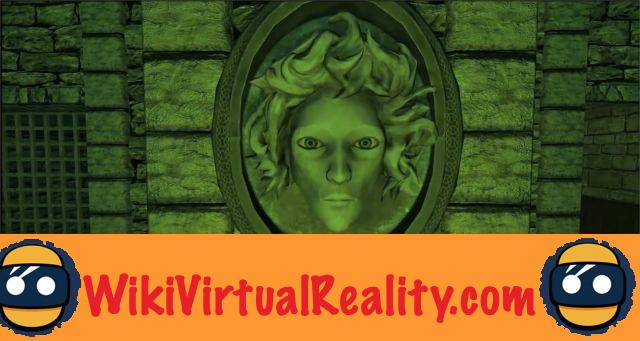 Dreadhalls, one of the pioneers of VR horror, is going to be adapted for the Oculus Quest. It should be released in early October on Facebook's standalone headset.

We are really talking about one of the pioneers of horror in virtual reality. Gaming was indeed one of the very first experiences in VR. It was launched in 2015 on the Gear VR, long before the release of the Oculus Rift, HTC Vive or PlayStation VR. Improved regularly, the multi-award-winning virtual reality horror game has consistently maintained its popularity over the years. It is therefore quite logical that it will also be released on the Oculus Quest within a few days.

Dreadhalls will be released on Quest on October 3

It is on October 3 that the famous horror game in VR will be released on Facebook's last standalone headset.. Despite its age, Dreadhalls is definitely worth checking out on Oculus Quest. This first-person escape game takes you into a terrifying dungeon. A veritable labyrinth populated with horrible creatures, the game knows how to play perfectly with bursts of fright and a particularly distressing atmosphere.

One of the big advantages that Dreadhalls offers is being able to replay it with different mazes.. This is one of the few VR horror adaptations on the Oculus Quest with "The Exorcist: Legion VR" and "Face Your Fears II". Horror and VR go hand in hand, however, it is quite possible that other virtual reality terror game adaptations will appear on the standalone headset as Halloween approaches. It will take $ 9,99 to acquire the game but note that it will be available as a cross-purchase for those who have already acquired it for another medium.

add a comment of Dreadhalls, the classic VR horror classic, is coming to Quest