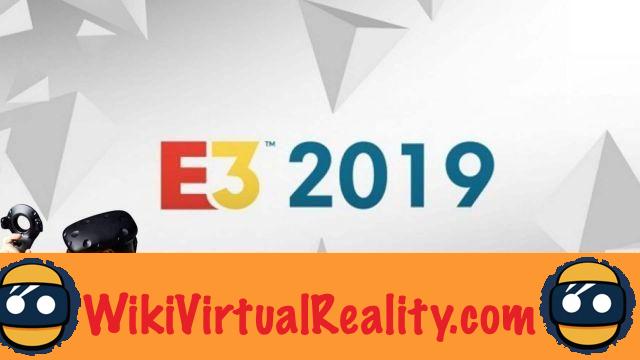 This year, virtual reality benefited for the first time from a real platform with the organization of an “E3 VR” showcase by the American company UploadVR. In total, more than 30 new games or updates were presented. Here is the full summary of the announcements ...

Among the games announced, some will be launched on all major virtual reality headsets. This is first of all the case of Pistol Whip, a game inspired by both Beat Saber and Superhot which is undoubtedly the best surprise of this E3 2019.

Le Stealth game Espire 1 will be available on PC, Oculus Quest and PSVR in August 2019. It is a game developed by TripWire Interactive, to which we also owe the game Killing Floor: Incursion.

The game ”The Curious Tale Of The Stolen Pets” is a puzzle game developed by Fast Travel Games. It takes place in small floating worlds imagined by the protagonist with his grandfather when he was a child. A game full of nostalgia for the whole family.

The Los Angeles show was also an opportunity to discover le DLC ” Seat of Power ” de I Expect You To Die, expected in July 2019, as well as that of Arizona Sunshine entitled ”The Damned“. A first gameplay video for the game “Spaceteam VR” was also unveiled.


The developer of Raw Data, Electronauts or Sprint Vector, Survios, has unveiled a gameplay video for his pirate ship game Battlewake.

Another nice surprise is the first video of Acron: Attack Of The Squirrels by Angry Birds VR game developer Resolution Games. This is a multiplayer game available on both VR headsets and smartphones.

The game "The Wizards", meanwhile, has a independent expansion titled "The Wizards: Dark Times". It's still a witchcraft game, but the atmosphere and graphics will be darker.

THEABE VR psychological horror experience in virtual reality, launched in 2016, will be adapted as a full VR game that promises to be particularly terrifying.

Finally, a new exclusive trailer presenting le gameplay de Doctor Who : The Edge of Time has been unveiled. Fans of the British series will be in heaven ...

Many Oculus Quest games and ports were also announced at E3. First of all, the Fujii adventure game (from the creators of Cosmic Trip) is revealed through a 12-minute gameplay video. Note that this game will also be available on VR headsets for PC.

Regarding porting announcements on Oculus Quest, several successful games from the Oculus Rift catalog will be launched on Facebook's new standalone headset. This is the case with the multiplayer game Echo Arena, and the zombie-shooter Arizona Sunshine.

The PlayStation VR is not left out, with in particular the first gameplay video of adaptation of the hit game Budget Cuts.


Otherwise, Angry Birds 2 game will launch in physical version during the year 2019. Finally, a gameplay video has been unveiled for the strategy game Mini Mech Mayhem.

One of the biggest announcements of this E3 VR is the new FPS “After the Fall” from Arizona developer Sunshine, Vertigo. This survival game takes place in post-apocalyptic Los Angeles invaded by mutants ...

Caring for new gameplay video has been unveiled for Boneworks. It is a “sandbox” type game developed by Stress Level Zero and offering a particularly complete and innovative physical interaction system.

For its part, Exorcist VR developer announces Hotel R'n'R. This is a virtual reality smash em up game.

At the same time, the developer of Budget Cuts is launching his new VR game "Garden Of The Sea". It is available in early access now.

Also remember Disciples of Dawn announcement. It is an atmospheric and poetic adventure taking place in a valley constantly lit by the light of dawn ...

LOW-FI is a game taking place in a Cyberpunk universe, developed by the creator of Technolust. A first trailer was unveiled during E3 VR.

Finally, several updates were announced. The jeu Hot Dogs, Horseshoes and Hand Grenades will be expanded with a new Team Fortress 2 map and weapons. This content has been directly validated by Valve.

Audica, the VR rhythm game from the creator of Guitar Hero, will also benefit from an update. This will bring new songs, a new environment, new weapons to modify the gameplay, and a new ranking system.

Bring to Light: The VR Horror Game That Can Measure Your Fear ❯

Virtual and augmented reality 2018: the great results of the VR / AR market