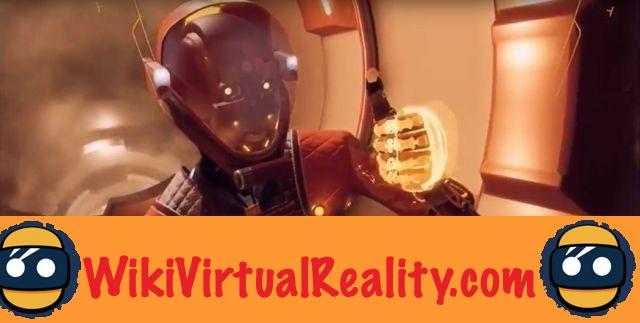 Echo Arena: Prepare a large space so that you can play safely

It is possible to play Echo Arena while sitting or standing. However, to play effectively you will need to be physically active. Therefore, if your space dedicated to virtual reality is relatively small, it is better to find a solution to have more space. Make sure you can move in all directions without hitting any obstacles, and that you can lift your hands high in the air without touching the ceiling. Also consider a solution to manage your headphones cables or you might get tangled. Likewise, room scale tracking is simply essential to play correctly. Quickly install a third Oculus Sensor on your back and start the Rift installation process again.

Echo Arena: remove all obstacles from your VR space

In Echo Arena, the player moves in all directions. Therefore, with the helmet on your head, you will lose your sense of direction very quickly. It is therefore essential to remove all the obstacles that you might run into when immersed in the VR. Even consider having cushions around you in case you fall.


Echo Arena: reduce the size of your Guardian System

To minimize the risk of injury to yourself or breaking furniture, it is best to reduce the size of your Guardian System. Rather than drawing a virtual barrier around the physical borders of your VR space, leave a security perimeter of a few tens of centimeters. Certainly, you will have less room to move, but the risk of hitting a wall by going beyond the grid a few centimeters to hit an opponent or grab the disc will also be reduced.

Echo Arena: warm up before playing

Echo Arena is a competitive game involving physical effort. Therefore, the higher the level of your opponents, the more intense the games will be. Without even realizing it, you may injure yourself. Before you start a session it is therefore better to stretch well and warm up your muscles. Welcome to the era of eSport VR.

Echo Arena: get the gear you need

To play Echo Arena, a few accessories are essential. First of all, you will obviously need the Oculus Touch controllers. It is these motion-sensing controllers that will allow you to use your hands to grab onto walls, bounce off walls, grab and throw the disc, hit your opponents and simply direct your thrusts. In addition, as mentioned previously, it is really essential to invest in a third Oculus Sensor to take advantage of 360-degree room scale tracking and be able to move freely in all directions. Otherwise, you will be forced to turn using the joystick, and you will therefore be at a complete disadvantage against the competition. Do not forget to buy a USB extension to be able to connect this third sensor to your PC.

In Echo Arena, there is no room for small natures. By squeezing the triggers on the Oculus Touch controllers, you can hit your opponents and temporarily knock them out. This technique can be very useful in gaining the advantage over the opposing team, and can also earn you a reward at the end of the match. Also, if an opponent tries to knock you out on their turn, you can clench your two fists close to your face to activate your helmet shield and protect yourself. The opponent will then be knocked out for you. Note that the shield deactivates after a few seconds. You will therefore need to find the right balance between aggression and defense.

Echo Arena: anticipate the movements of the disc

Within the arena, the disc keeps bouncing in all directions on angular surfaces. Learn to understand how the disc reacts to collisions and throws. Once you have learned some ballistics knowledge, practice anticipating its trajectory and getting ahead to intercept it when no one is expecting it. 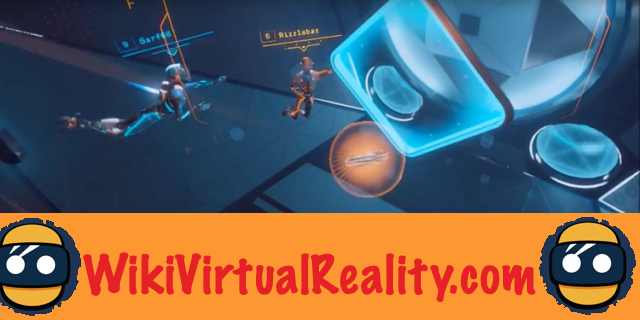 Communication is often the key to victory. Use the microphone on your Oculus Rift to strategize with your teammates, just like in any team sport. Likewise, during the action you can tell your comrades the position of enemy players. When an ally is heading towards the opposing goal in possession of the disc, warn him that he is being pursued or that an enemy player is hiding behind a wall, perhaps saving. 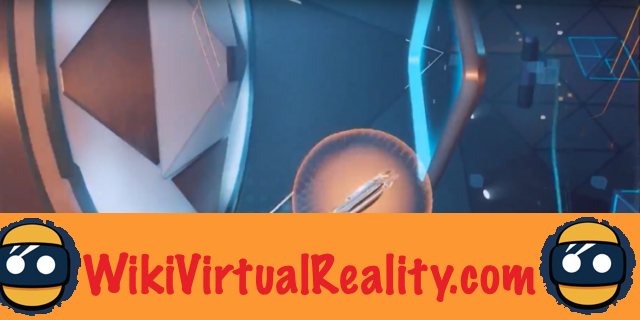 Tired of missing all your throws? How about taking some time to practice in the lobby training arena? This space will allow you to improve your movements, your interceptions, but also and above all your throwing precision. Echo Arena is a game for everyone, and persistence is the key to progress.

- beginner players have an unfortunate tendency to try to catch the disc at the last moment by performing a pinching motion with their small hands. In fact, know that you can press the grab button in advance, in order to automatically catch the disc as soon as it is in range. An essential tip to hope to climb in the world rankings and perhaps win the ESL tournament.

Echo Arena: make the most of the catapult

Echo Arena is still a very recent game, and few players have understood all of its mechanics. By playing regularly, we quickly realize that few players make full use of the propulsion possibilities. First, at the start of each round, use the catapult to rush to the middle of the field and grab the disc. To do this, nothing simpler. Choose one of the five launch pads, and go to the catapult level (this circle decorated with pictograms of hands). Place your hand on the circle, and the other hand on the word. When the round begins, the catapult will move towards the exit of the ramp. Then use your hand on the circle to propel yourself forward.

To go faster, you can hang on to a comrade's back, and let them use the catapult. You can then propel yourself in turn, taking advantage of its speed to reach the midfield even faster. Ideally, you want to form a line of five people who propel each other up. Be careful, however, in these conditions, the speed will be disproportionate and you simply risk missing the disc.

Of course, nothing forces you to opt for the five-man catapult technique. he is also possible to use several launch pads to surprise the enemy when arriving from several directions, and why not not use the catapult and opt for a defensive strategy. Thus, the five players can stay close to their goal to counter the enemy's first offensive and counterattack immediately.

It is also possible to send a few players in attack, and leave a few teammates in defense. In fact, as in all team sports, the possibilities for strategy are limitless. A very effective strategy is to distribute tasks among all team members. For example, one player will play the role of goalkeeper, another will stay in defense, another will occupy the midfield, another will take care of the attack and the last will opt for versatility.

For now, Echo Arena does not yet allow inviting players to consist of a team. Therefore, you will only be able to play with random players, which obviously makes it difficult to set up a strategy. If, however, you are lucky enough to come across talented and communicative players, nothing prevents you from experimenting with different strategies. Note also that the games are currently limited to 3 players against 3 players instead of 5 against 5.

Echo Arena: propel yourself as much as possible

As mentioned above, the catapult allows you to propel yourself towards the middle of the field at the start of the round. However, once in play, it is also essential to propel yourself as much as possible in order to move faster than the players of the opposing team. To do this, there are several solutions available to you, and you will need to use them all. First, you can grab onto the various walls of the arena to throw yourself in one direction, then use the turbo on your back. This will allow you to gain some speed compared to an opponent who will be content to use his turbo.

However, the most effective way to gain speed is to grab hold of other players. For example, if an enemy is heading dangerously towards your camp, don't hesitate to grab an ally. After your teammate activates their turbo, take your turn to take off at full speed. You can also cling discreetly to an enemy heading towards the disc and use their speed to propel you at the last moment to surprise them. In some situations, it is better to go for this trick rather than knocking out the enemy.