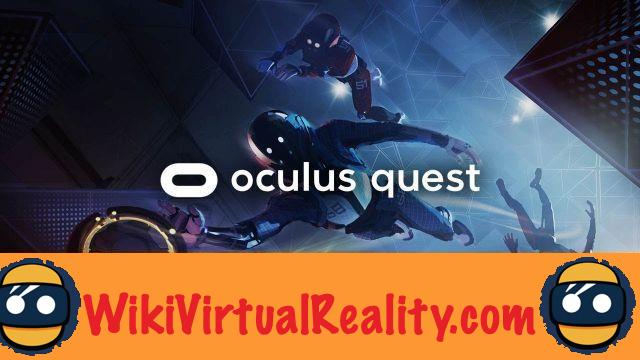 As part of E3 2019, developer Ready at Dawn announced his plan to launch his VR game Echo Arena on the Oculus Quest "in all its glory". The title, so far only available on Oculus Rift, is hands down one of the best VR multiplayer games out there today. The challenge was therefore great for the studio, despite the direct support provided by Facebook.

During the Oculus Connect 6 conference, participants were finally able to try this Quest port for the first time in Alpha version. All features have already been incorporated, and the controls are in all respects similar to the Rift version.

Nevertheless, the first testers deplore a very marked drop in quality in terms of graphics and especially in terms of lighting effects. The character models are also less detailed.

Of course, these differences are not really surprising given that the Quest is a standalone VR headset that cannot deliver the same performance as a Rift. However, these are just visual differences which will not have a direct impact on the gameplay.

Echo Arena on Oculus Quest: more freedom, but graphics and tracking revised down

On the other hand, the tracking volume of the Oculus Quest is much lower to that of the sensors of the original Rift and the five cameras of the Rift S. This is problematic at times in the game, as it is now necessary to keep your hands in the field of view of the four cameras integrated into the front of the Quest.

On the other hand, the Quest will try to "guess" where your hands are and precision will sometimes be lacking. You will no longer be able to hang on to a wall while looking in another direction, and seasoned players know that this is an important component of Echo Arena gameplay ...

Despite this weakness, the feedback for this port of Echo Arena to Quest is generally very positive. It is true that cables were a real problem in the PC version, since it is essential to turn on yourself to play correctly. On this autonomous VR headset, the problem is solved and the feeling of freedom and immersion is greatly increased ...


With the support of hand-tracking by the Oculus Quest expected for 2020, the experience should be even more interesting! However, it is not known at the moment how soon the game will be available on the Oculus Store ...