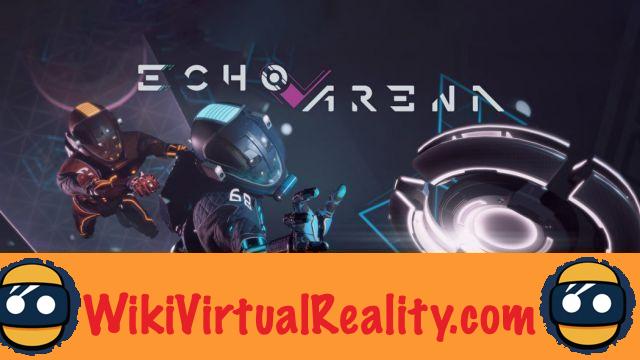 Echo Arena scenario: no scenario for this competitive game

Originally, Echo Arena is the multiplayer mode of the game Lone Echo, expected on Oculus Rift for July 20. However, the experience offered by this multiplayer mode was so compelling that it was separated from the original game to become a full title. In order to bring together a large community of players, essential for the title to be recognized in the world of eSports, this spin-off will be offered free of charge to all Oculus Rift owners. In fact, unlike Lone Echo, Echo Arena does not offer any scenarios. Users find themselves in a lobby, and compete against each other through 5v5 matches. Thus, it is up to the players to write the history of Echo Arena, over the memorable tournaments and competitions that take place. will hold in the near future.

Echo Arena is based on a simple, yet effective principle. The player controls a shape avatar in a gravity-free environment. To move, he has two turbos placed on each of his wrists, allowing him to propel himself in the direction towards which his hands are extended. Another reactor, placed in its back, is activated by pressing the joystick of the left Oculus Touch. This turbo propels the player in the direction they are looking. On the contrary, pressing the right controller joystick allows you to brake. It is also possible to move by placing your hands on a wall and then pushing towards a direction. Once this movement system is taken in hand through a tutorial, the player can get to the heart of the matter: competition.


The matches are between two teams, blue and orange. Each team occupies half of a symmetrical arena. At the start of each round, the teams start in their camp, and are catapulted towards the middle of the field. It is in the center of the arena is the disc that the players must compete against. The fastest player grabs the disc, and must cross the field to place the object in the opposing goal. Of course, the adversaries must prevent it. To do this, a player of the enemy team can strike a punch to ring the carrier of the disc, or simply snatch him from his hands. It is therefore necessary to make passes so as not to have the disc stolen immediately. However, during the passes, the disc can also be intercepted. Finally, receiving the disc is not always easy. A missed pass usually results in a violent scrum between all the players.

Note that it is possible for players to cling to each other. So, it is possible to cling to the leg of an opposing player to attack him or steal the disc at the last moment, or to form a human chain with his allies to score a goal with forcing. As you can see, Echo Arena matches are dynamic and intense. There are many strategies that can be put in place by allies, and communication is simply essential. With each goal scored, both teams return to their camp and start again. At the end of the game, a table summarizes the actions of each player (goal scored, assists, punches…) and rewards the best player.

Between matches, players meet in a lobby. From this space, it is possible to access several training spaces to learn how to fly, score goals or give punches. Players can move freely, interact and converse freely. During this open beta, the atmosphere was jovial, friendly, and the different languages ​​were united by bursts of laughter. However, the risks of virtual harassment may pose a problem in the long term ...

From the lobby, players can also access features to customize their avatar. It is also from this space that it is possible to use the matchmaking features. During the beta it was only possible to play with random users. In the final version of the game, it will also be possible to create private games, to play with friends, or to attend matches in spectator mode.

Le Echo Arena gameplay is pretty straightforward to understand, but proves to be very technical and difficult to master. In fact, the room for improvement seems unlimited. Players will always be able to improve, and will always risk running into a more experienced or more talented opponent. Competition requires, the life of the title is practically infinite. All the ingredients are there to bring together many players in the long term: simplicity, competitiveness, free and quality. In fact, Echo Arena has a good chance of making an impression and making a video game history as the very first eSport game in virtual reality. 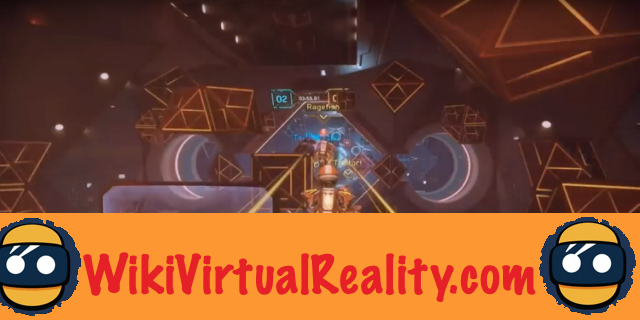 - graphics of Echo Arena are simple but pretty and colorful, directly inspired by the movie Tron. The level design of the arena is very elaborate, and offers an optimal experience. The sound effects are nice and contribute to the immersion, just like the audio comments. The soundtrack isn't memorable, but regardless, the user's hearing will be focused on voice communication with their allies.

Immersion of Echo Arena: an immersive and intense experience

Echo Arena offers a very immersive experience. Thanks to the Oculus Touch controllers, the player really has the impression of using his hands, and therefore of being physically immersed in this virtual world. In addition, the absence of gravity makes the movements realistic. Finally, the intensity of the matches forces the player to be fully involved in the game, which obviously contributes to the immersion.

Comfort of Echo Arena: a smooth and comfortable game

Thanks to the absence of gravity, the player does not feel any sensation of motion sickness, even when moving quickly. Echo Arena therefore manages to offer a fluid and comfortable experience at the same time. However, room scale tracking is essential to play this game comfortably. Otherwise, to change direction, the player will only have two options. It is possible to turn using the right joystick, but this solution wastes a lot of time. In fact, the user will tend to turn around physically. However, without 360-degree tracking, he will quickly find himself with his back to the sensors, and will no longer be able to use his hands.

Conclusion of the Echo Arena test 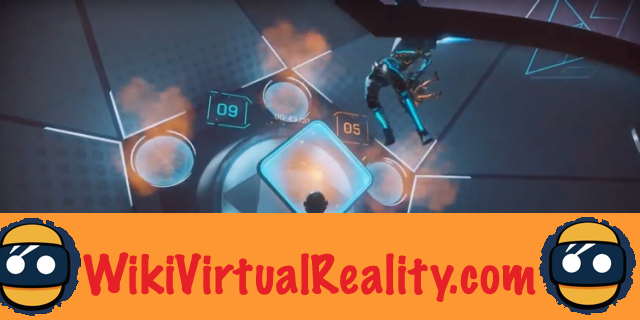 Echo Arena is hands down one of the funniest VR games ever. The title offers a simple, but very effective experience. It it remains to be seen whether a massive community of players will develop around the title, in order to offer a high competitive level and make the matches spectacular to the point of making the general public want to attend these clashes.. If this condition is met, the game could become very popular, just like eSports games like League of Legends or Overwatch. Tournaments will be organized, and YouTube videos will be viewed millions of times. In doing so, Echo Arena will be able to contribute to the democratization of virtual reality.

Scenario: Purely intended for eSports, Echo Arena does not offer a scenario.

Playability:One of the funniest VR games ever, simple yet technical and addicting gameplay.

Lifetime : Unlimited life thanks to competition.

Immersion: An immersive and intense experience.

Comfort: Both fluid and comfortable.

Savoiexpo: the Savoie fair is getting into the virtual reality era ❯