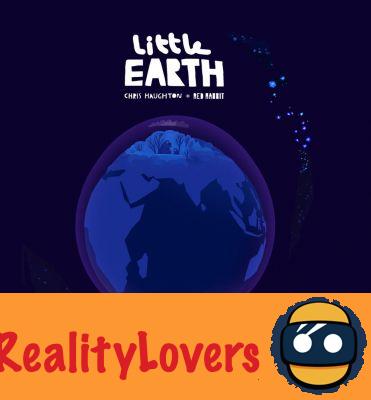 A book in virtual reality, the name is immediately paradoxical. However, it is in this type of project that the Irish illustrator Chris HaughtonL has started. The latter created a VR book called Little Earth. This one is developed by the Chinese company RedRabbit which offers animations going hand in hand with the creations of the author.

First, illustrator Chris Haughton drew preparatory images that the RedRabbit company is responsible for animating in order to best integrate them into virtual reality. Scheduled for August 8, it took a full year of work. The VR Book will be available on Steam for the HTC Vive, Oculus Rift and Playstation VR headsets. Likewise, applications in iOS and Android will be available even if they will not offer the same experience.

According to the Irish author, virtual reality is: “an incredible tool for learning and understanding”. Thus, within the story, adults and children will be able to navigate through the seasons, but also to interact with nature or animals. in order to better understand the challenges of the book. To do this, the RedRabbit company has applied itself to creating real animations and a coherent sound environment.

The main goal of this VR book is to show people what people can see in real life. and that it is necessary to preserve. Little Earth will also make you travel in space so that you can discover the infinitely large. Chris Haughton, hope that his work will be available in schools, institutions and libraries for everyone to enjoy.


The VR book is a business that is starting to flourish

Technology is increasingly associated with literature. As proof, the Irish author and the Chinese company have already collaborated in 2014 to create an interactive application called. Note that usually, the author is published in France in the Thierry Magnier editions. If the investments of this VR book are high, it is not sure that this one finds its audience.

HTC will hold its next conference directly in VR

Add a comment from Ecology: the first interactive VR book on climate change