The lack of haptic feedback in games or virtual reality experiences sometimes spoils the immersion in the virtual world because the user does not feel the effects of his actions in VR and it suddenly reminds him that it is virtual. Different solutions exist or are being studied to provide haptic feedback. This time, German researchers were interested in electrostimulation to successfully simulate certain actions.. 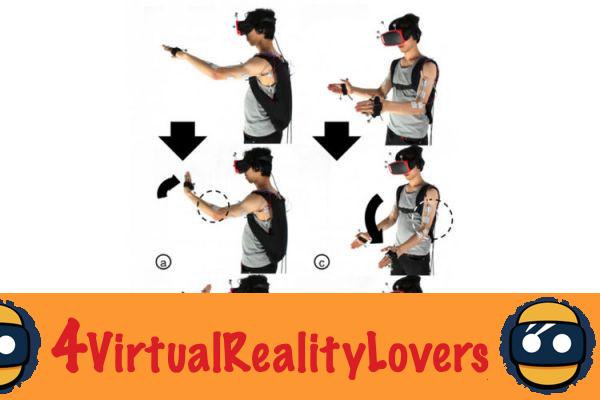 Electrostimulation as a haptic tool for virtual reality

Electrical stimulation has been well known for many years. Sending an electric shock directly to the skin to one or more muscles allows them to contract according to the electrical intensity sent to the electrodes. This technology is widely used in medical rehabilitation or for passive bodybuilding. A team of researchers from the Hasso Plattner Institute in Germany, specializing in human-machine interaction, took a close interest in electrostimulation to simulate haptic feedback in virtual reality. The first results are particularly encouraging. 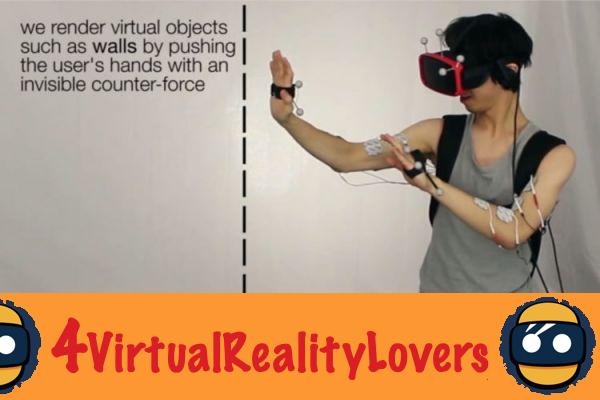 The researchers thus succeeded, by electrically stimulating the muscles of a guinea pig, to ensure that the person immersed in a virtual world can physically feel a large number of sensations. The user was equipped with numerous electrodes that could stimulate the muscles of his arms and forearms as well as his shoulders. Depending on the muscles stimulated, the intensity of the electric shock and the duration of it, a large number of sensations can be reproduced.

So the guinea pig could feel the presence of a fictitious wall in the real world but does exist in the virtual reality experience. The user could also feel the weight of a virtual object, the force exerted when pushing or lifting an object or even the fact of receiving a blow or giving a blow. This technology really gives the user the impression of manipulating objects and interacting with his environment.


Electrostimulation technology not yet developed for VR

However, this technology is not yet quite ready for commercial use. It is indeed quite complex to place all the electrodes in the right place necessary for the stimulation to work. Furthermore, there is also the problem of electric intensity. Indeed, the contraction of the muscle is directly linked to the intensity of the electric shock but also to other factors such as the resistance of the skin where the electrode is placed as well as its humidity. Sweating, for example, reduces electrical resistance and makes the shock felt much more violent than with stimulation on dry skin. 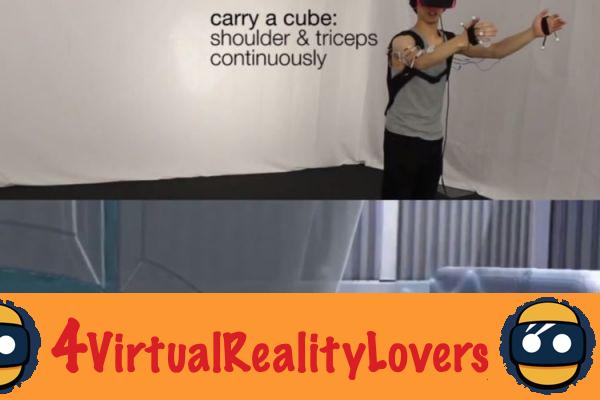 Finally, it is not certain that users like the idea of ​​a machine sending them electric shocks. It will therefore probably take years before a real commercial use is made of this technology. In the meantime, it is still possible to use the Telasuit suit, which partially uses electrostimulation to experience certain effects in virtual reality.

Formula 1 - Experience the races up close thanks to virtual reality ❯