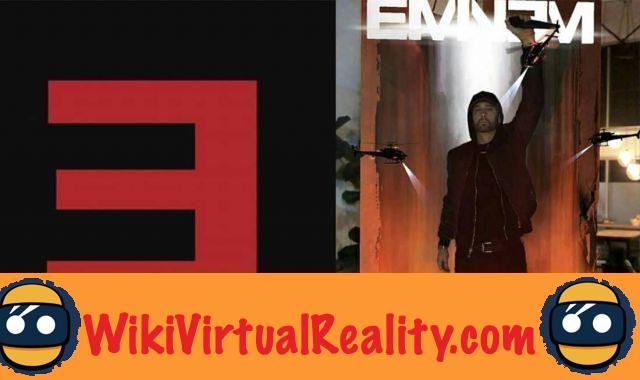 In all concerts, a big party spectators are now brandishing their smartphones in order to immortalize the show on video and share it on YouTube or on social networks. Many artists deplore this practice and try to fight against it, but Eminem has chosen to take a different approach.

As Paul Rosenberg, director of Def Jam and manager of the famous rapper explains, you can't prevent spectators from observing the concert through their phones. In fact, why not take the opportunity to allow them to attend the show in a different way thanks to augmented reality?

This is how Eminem Augmented was born, an augmented reality mobile application developed with Google ARCore / Apple ARKit by Drive Studios (for which creative director Rich Lee directed the song clip). Inaugurated this week as part of Eminem's concert at the Coachella festival, the application allows virtual elements to appear superimposed on the user's real event via the smartphone screen.

Eminem Augmented: the app is available on iOS and Android

For example, viewers will see Eminem throw giant meatballs or spaghetti at them. As can be seen in the video recorded at Coachella, it is also possible to see Slim Shady's avatar slaughtering two heavy machetes on the audience in full concert. What to plunge into the dark and crazy atmosphere of the MC of Detroit.

The Eminem Augmented app is available on iOS and Android now. The Monster and Shady's World experiences can be launched at any time to spawn Eminem right in the middle of your surroundings.

However, the Live Show experience cannot be activated than during a concert by Eminem and provided that the user is in an area close to the stage. If you are planning to attend one of the concerts of the rapper's 2018 tour, you can already download the app to your smartphone.

Pimax will offer Hand Tracking on its helmets thanks to Ultraleap ❯

add a comment of Eminem: an incredible augmented reality concert at Coachella