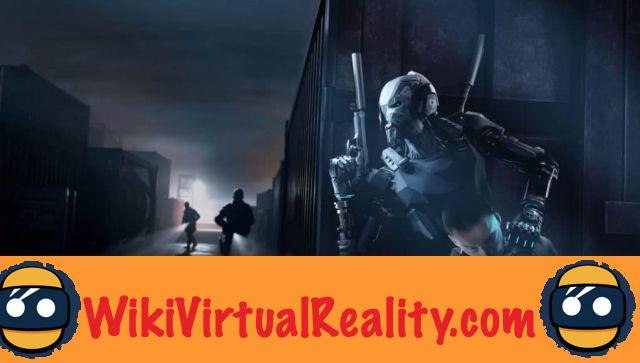 You still regret your first games on Splinter Cell? So it will probably be time to get your hands on Espire 1: VR Operative which will soon arrive on all virtual reality headsets.

It's a highly anticipated game, designed by Digital Lode and Tripwire Interactive. An infiltration experience that was initially supposed to happen in September but shouldn't be too late.

Two dates were initially leaked on specialized sites for the launch: November 19 and 26. However, it seems that neither is the right one. This is what the spokesperson for Tripwire Interactive explained on the official Discord. If Sony announced the date of the 19th for a while, it is because of a communication problem. It looks like the exact date hasn't been set exactly, but it should happen within the next 7 days. What is missing for the release of Expire 1: VR Operative? Sony and Oculus certificates of approval, which would be just a small administrative detail.

The initial delay was caused by some stability and performance issues during the testing phases. According to the Espire 1: VR Operative teams this did not impact the game every time, but with enough frequency that it was annoying. For those who haven't followed, this is a single player game, centered around infiltration and espionage. On the program, combat of course, but also new movement mechanics. Little information has filtered out about this game in virtual reality. Only the demonstration video allows you to learn more about the gameplay.

8 fields of application for VR other than video games ❯

[Test] Zotac VR Go: a powerful VR PC to carry like a backpack

add a comment of Espire 1: VR Operative is coming in November