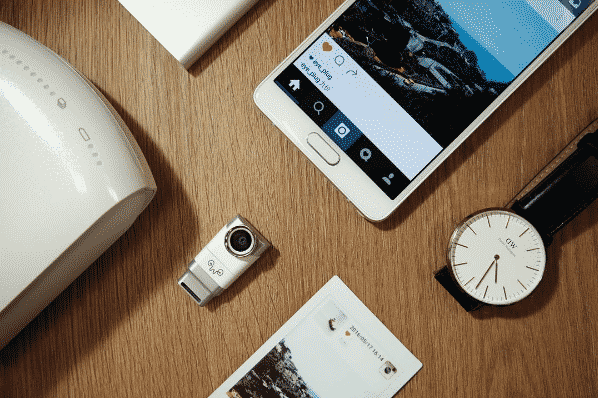 Each year Computex, the computer and high-tech show, unveils an array of innovative products. , the latest Android smartphone, sees the arrival of many accessories to accompany its recent release, including the first 3D USB camera. Eye-Plug has the capacity to turn any phone into a stereoscopic image capture tool, unfortunately excluding owners of Apple products. Weeview is thus revolutionizing the market for 360-degree cameras by offering access to immersive video design at an incredible low price of around the 35 dollars.

And if we refer to the site of the mysterious start-up based in China, the Eye-Plug would allow shoot video content in HD at 30 FPS. Although it doesn't specify any resolution yet, according to Engadget, the quality would be perfectly acceptable for viewing on Google Cardboard. The camera would also have a few tools reserved for post-production such as focusing or blurring, options found in traditional mobile audiovisual creation applications.

Eye-Plug has a simplistic and intuitive use. Once connected to your mobile via the USB-C module, the camera allows you to record your 3D content. Nevertheless, we can already identify a number of flaws. First, the product is relatively elitist. Indeed, to accommodate the accessory your smartphone must run on Android and have a connection that accommodates USB-C. In addition, the video sensor does not take into account the specifics of your device. A significant disadvantage for owners of mobiles with a capture module with a higher image resolution.

Nevertheless, Eye-Plug arouses interest for its value for money. Although the accessory offsets the shooting thus disrupting our recording habits, the product seems to be of good manufacture even if we can suspect a certain fragility. At the moment, Eye-Plug is at the prototype stage, but for the more impatient among us, know that the production phase is expected at the end of the year.

add a comment of Eye-Plug: the first 3D USB camera for smartphones