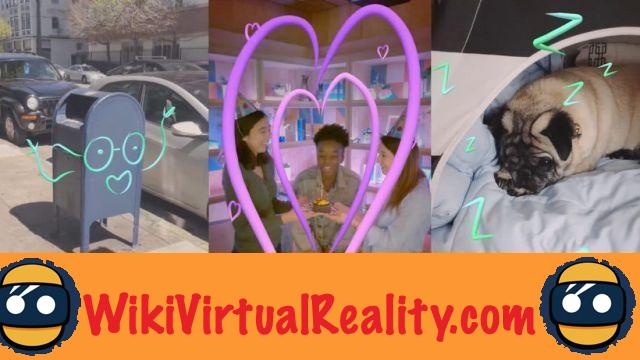 The Facebook Camera will very soon allow make virtual drawings in the real world using augmented reality. This new feature, titled 3D drawing, was spotted by Matt Navarra and will be rolled out to all users in the coming weeks. The latter will then be able to draw in the air, and their lines will remain in place as they move around the room with their smartphone in hand.

Of course, the virtual drawings will only be visible on the phone screen. They will however realistically integrated into the real environment. The technology used is able to detect angles and objects in the room to create a 3D effect. Thus, surfaces such as walls or tables can serve as a support for your virtual drawings.

It is possible to draw live, while recording a video, or before recording. So the user can create a drawing then start the video recording to present your work. It is also possible to draw outside the field of view of the camera and then reveal the drawing during a live video. New brushes and other colors will be added by Facebook over time. 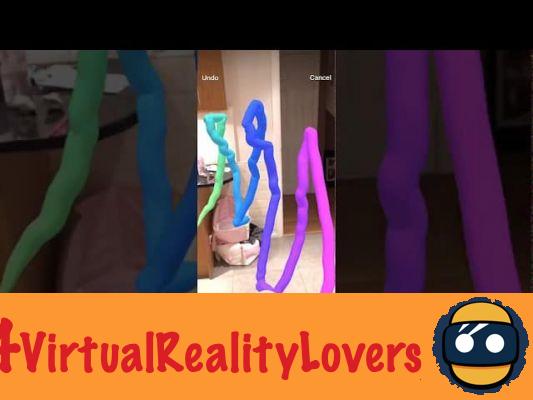 This 3D Drawing feature is reminiscent of the Just a Line application, created by Google with the Google ARCore platform. Just like this app, Facebook seeks to use the universal language of drawing to initiate the general public to augmented reality (and compete with Snapchat among the youngest).


Remember that Facebook has been offering augmented reality effects for its application since April 2017, following the acquisition of the startup specializing in AR masks MSQRD in 2016. More recently, on the occasion of the release of the film Ready Player One, the firm has created a system to make AR content appear by scanning the movie poster. 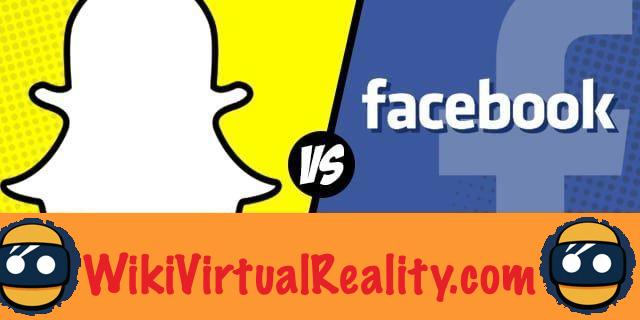 Along with this drawing tool, the Facebook Camera now allows you to launch virtual boomerangs directly based on the famous Instagram GIFs. Here again, this novelty is part of Facebook's desire increase the interest of their Facebook Stories and make them more accessible.

So far, Facebook Stories has been heavily criticized and generally viewed as a vulgar copy of the concept introduced by Snapchat. However, the American firm is seeking to make this feature a central element of its social network by offering new options and making it more visible. It remains to be seen whether the public will warmly welcome these novelties.