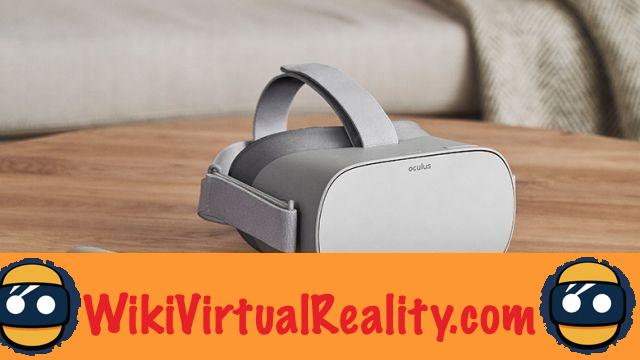 It's the season of price drops, in the land of VR headsets. Last week, HTC announced a massive and definitive drop in the price of the HTC Vive Pro.

Caring for decision that probably follows to the immense success of Go during the last Black Friday. A similar discount was then implemented.

As a reminder, the Oculus Go was launched in May 2018. This is the manufacturer's very first stand-alone VR headset. This device only offers 3DoF tracking and a single controller. The feeling of immersion and the possibilities of interaction are therefore considerably reduced compared to a helmet like the Quest.

However, Go is not intended for gamers. It is more designed for neophytes and the curious wishing to discover virtual reality. Rather than playing video games, this headset is ideal for watching videos on Netflix, Hulu or even YouTube apps.


Its main advantage was already to allow the discovery of VR for an affordable price. Following this price reduction, it is therefore the gateway to virtual reality which becomes even more accessible ...