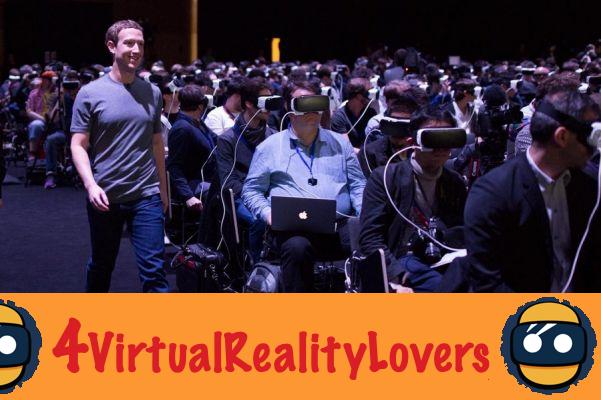 In a study commissioned from Crowd DNA, Facebook questioned the place of virtual reality in tomorrow's daily life. According to this Facebook study, in 2020, 68% of people are preparing to use VR every day, for all kinds of occasions.

For 68% of people polled by Facebook, VR will be part of our daily life

In a study, Facebook took an interest in the world's view of the future. More specifically, to the vision of the people of Nigeria, Great Britain, the United States and South Korea of virtual reality in the world of tomorrow, in 2020.

This study, commissioned from Crowd DNA by the social network, outlines a largely benevolent vision of the future. 68% of those questioned are sure that virtual reality will be part of everyday life in the near future. And those questioned, aged 18 to 64, do not see VR as a simple video game medium.

According to 68% of them, therefore, VR will be part of everyday life in 2020. It will even be of great help! According to the Facebook study, 54% of respondents imagine that they will be able to attend important events thanks to virtual reality and 51% already see themselves attending a concert in VR. Virtual reality will also be social, for the 59% who plan to spend time with distant friends in a pseudo-virtual space.

Slightly more surprisingly, more than half of the surveyed population (51%) see VR as a great potential for improving shopping moments. 59% imagine try on clothes (and even makeup!) in virtual reality. 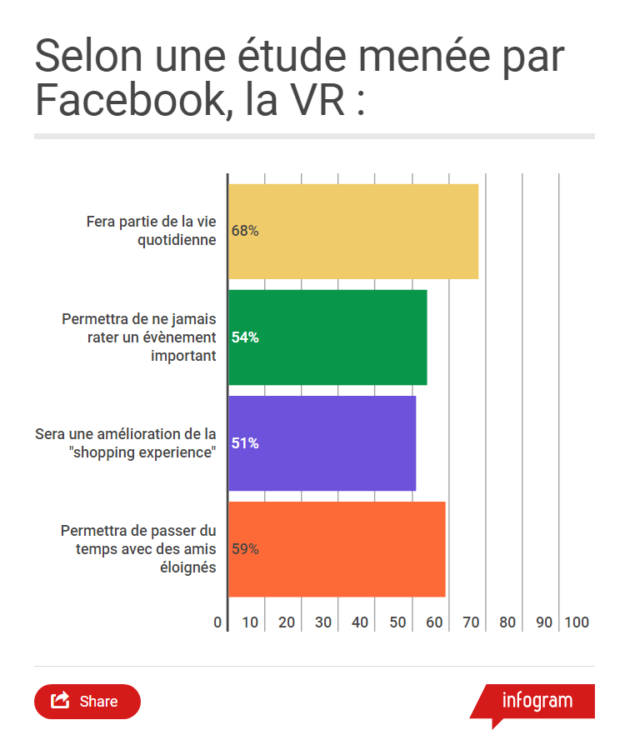 Finally, some people see in virtual reality the opportunity to try before you buy. Whether for a trip (67% would visit their vacation spot and their hotel in an RV) or even to try a car (they are 51%).

The Facebook study also puts into perspective the possible developments for VR technology in the future. According to the company, and more precisely according to Michael Abrash, Scientific Director at Oculus, “the distinction between virtual reality and augmented reality will disappear… Real and virtual worlds will mix on a daily basis, according to our needs ”.

The study proposes the term “fluid realities”: fluid realities, moving, which will be increased or transformed according to the instants and needs. “The possibilities for creating empathy, connection and immersive experiences will continue to evolve,” analyzes the study, before concluding that “people's enthusiasm and expectations for the future of reality seem to be growing. more and more clear ”.