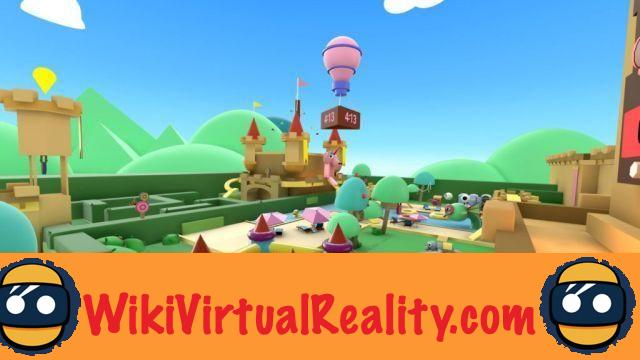 If Facebook has not communicated much on its VR Horizon platform since its launch last year, a few beta testers have secretly built real virtual worlds in recent months. Mark Zuckerberg's company has finally decided to reveal these new worlds to us.

In fact, the virtual reality social platform will be almost entirely made up of user-generated content. Outside the central square, everything will depend on the imagination of the community. To give ideas to future users, Facebook has unveiled in the video below some universes brilliantly created by beta testers of the service.

The games created by the beta testers of Facebook Horizon

We thus have Deep Sleep. Designed by Liam McKill, this is a science fiction thriller where we play an interstellar traveler. Awakened from his hypersleep, the latter will have to save the ship and its crew. The game has a single player mode, but you can also play with your friends. Small precision, these can help you, but also to put sticks in the wheels during your missions.

For its part, Alien Catacombs is a obstacle course with a fantastic atmosphere concocted by Micah Allen. To face your friends on this journey, you can bring a sword. Asked what he appreciates the most about Facebook Horizon, Allen highlights the scripts he considers capable of doing whatever one wants automatically.

As can be seen in the video below, Facebook also used the worlds designed by these beta testers to refine the safety nets which will make Horizon a virtual place for the general public. Indeed, the Californian giant surely does not want that we can really do everything on its platform.


Among the features offered, we can at any time invoke a " Safe Zone »Where we can mute a user's sound, block it and report it. In addition, Facebook Horizon continuously records the last seconds of a session. These images can then be used as evidence during a report.


For now, we will have to be satisfied with the videos and images published by Facebook to get an idea of ​​its VR social network. Lanchoring planned before the end of the year in the United States and Canada. Unfortunately no date for other countries.