A new patent recently filed by Facebook reveals the future of the Oculus Quest. This document describes a new, more compact VR headset, whose case would serve as both charger and computer.

Much like Apple's AirPods headphones, the device would be directly charged by induction as soon as it is stored in its case. The latter would be equipped with a USB Type-C port allowing it to be connected to a wall charger. The charge level would be indicated by LEDs.

Once the helmet has been removed from its case, the latter would also serve as a wireless computer. All the processing necessary for rendering and running the VR software would thus be carried out by the box, and not directly by the headset. Apps and games would also be stored in the memory of the case. 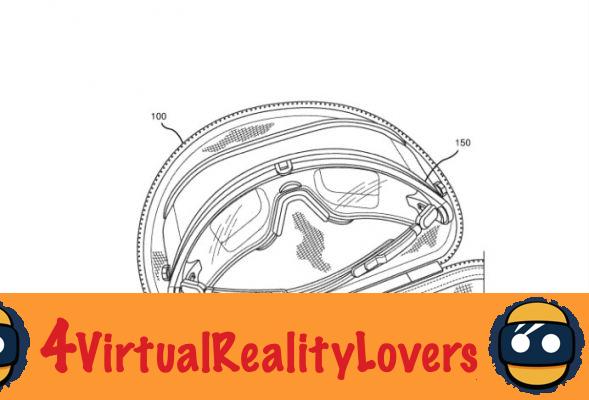 This would greatly reduce the weight and dimensions of the Oculus Quest, which is currently heavily weighed down by its battery and the various components that he embarks. A new model like the one described by the patent would allow the Quest to simply embed the screen, like mobile headsets such as Google Cardboard or Samsung Gear VR ...

The patent also mentions how the case could be used for tracking the helmet. A wireless transmitter could be integrated into the box, to avoid the user having to carry a large wireless adapter like those available today.

This solution could be much more relevant than those currently offered on the VR / AR market. For example, the Magic Leap One headset is connected to a computer that the user hangs on their hip. However, the connection is wired and prevents the wearer from moving freely. Similarly, the Microsoft HoloLens 2 embeds its components at the back of the user's head. This prevents it from being used while sitting or lying in a bed.


If the Oculus Quest 2 is supplied with a case as a computer, this solution could be adopted by other manufacturers. However, it is not yet known whether Facebook actually intends to give life to this patent...