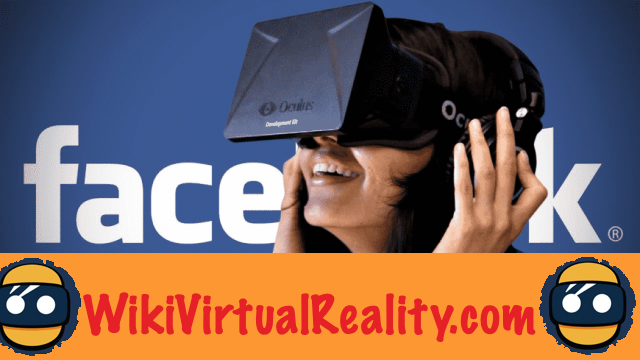 The announcement to the effects of nuclear bomb. Indeed, yesterday we surprisingly learned of the takeover by Facebook of the company Oculus VR which is at the origin of our dear Oculus Rift, number 1 in virtual reality today. Would that time be over?

Here is the announcement:

You will understand, Mark Zuckerberg the genius of yesterday becomes the genius of today by getting his hands on Oculus VR for the sum of $ 2 billion. Small sum when we know that Facebook recently bought WhatsApp for 19 billion dollars ...

If everything leads to believe that this buyout is intended for the good future of the Rift, there are many disappointments among fans and owners of this headset ... Indeed, Facebook, the world's leading social network, will he be able to sublimate the Oculus Rift? Or will he just be able to take him to the path that everyone deplores… Mobile games!

The question inevitably arises! Gamers feel stung since they are obviously afraid that the long-awaited headset will end up becoming a simple accessory for “social” games… Should we fear a Candy Crush Saga VR? Or a Criminal Case VR? While it is true that this could be a good immersion experience, the ads will be less so… And yes, Facebook necessarily means advertising!

If this announcement provided the effect of a cold shower, can we still hope for a use based exclusively on “real” gaming? Opinions differ… Note all the same that this takeover could nevertheless give a boost to the Oculus concerning game developers. This can certainly shake things up and create the interest of it with the big development studios.

Virtual reality can cure half of autistic children ❯

[Test] Playstation Platinum, the new audio benchmark for the PS4

Add a comment from Facebook's takeover of Oculus VR