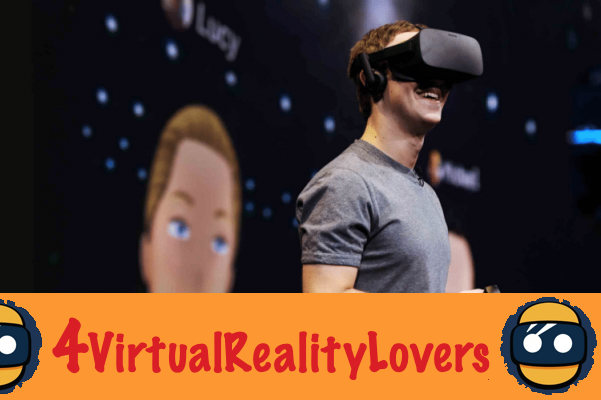 In 2017, during the Oculus Connect conference, Mark Zuckerberg announced his intention to attract a billion people into virtual reality. To achieve this, since the takeover of Oculus in 2014, Facebook has not skimped on investments, research and the launch of increasingly successful new products such as the new Oculus Rift S and Oculus Quest headsets. Partnerships with Ubisoft and other major video game studios are also in preparation.

Sadly, it could be that all these efforts are in vain. At least that's the opinion of Jack McCauley, one of the six co-founders of Oculus. Previously, this gaming industry veteran worked on Guitar Hero at Activision, Microsoft's Xbox 360, and Electronic Arts.

According to him, virtual reality as Facebook envisions it is doomed to failure. For good reason, the American firm seeks to position its devices as game consoles. However, McCauley believes that there is no real market for such products.

In his eyes, most people prefer to play video games on a 2D screen surrounded by their friends. While he acknowledges that donning a VR headset provides a sense of discovery-related wonder, he "doesn't know which VR application could hold gamers for more than six hours like a PC or console game" taking into account the eye fatigue and nausea sensations that immersion can provide ...

Even when he worked for Oculus, before stepping down in November 2015, McCauley admits that he didn't think people would walk around in public with a VR headset. It remembers that the sales of the products on which he worked were rather disappointing.


L'1 Oculus DK2013 sold 70 units, and 000 DK2 sold 2014. Since then, sales have improved significantly. According to analysts, Facebook sold 547 Oculus Rift in 000 and the Oculus Quest available since May 2018 has already sold 2019 million copies. A success that exceeds the expectations of the American company.

However, these figures are still far from reaching the ankle of console sales. In comparison, in 2018, Sony sold 17,8 million PlayStation 4s and Nintendo 17 million Nintendo Switch. Suffice to say that the scale is simply not the same at the present time.

So, according to Jack McCauley, while Facebook can afford to continue investing in VR for years to come, it could amount to throwing money down the drain. However, this is only an opinion, and it will take a few years to see if Facebook achieves its goal.

For now, even if VR is still far from bringing together a billion people, the success of the Oculus Quest is clearly encouraging. Virtual reality is gradually correcting its weaknesses, and the proliferation of quality content could indeed appeal to the most demanding gamers ...

add a comment of Facebook's VR is doomed to fail, says Oculus founder