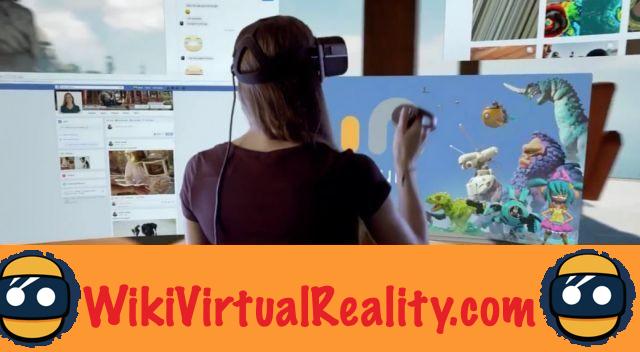 In 2016, to support the launch of the Oculus Touch controllers for its Rift headset, Facebook launched the “Oculus Medium” application for sculpting in virtual reality. This app is still one of the most popular VR creation tools today.

Against all odds, however, Facebook has just sold Oculus Medium to Adobe. According to Sebastien Deguy, former CEO of the French company Allegorithmic acquired in January by Adobe, now vice president of 3D and immersion initiatives at Adobe, “Medium is something we wanted to tackle”.

According to him, ”Adobe's investments in 3D and augmented reality will allow the Medium and Substance teams to join forces to give birth to the next generation of 3D tools “. As a reminder, Allegorithmic was developing the Substance suite of tools for creating 3D textures, but also software for easily switching from VR to Desktop to create content more fluidly.

Following this acquisition, several members of the Medium team will join Adobe. With Medium, the firm expands its catalog of creation tools in virtual and augmented reality. She already offered the Aero application for easily creating reality on iOS, and was developing Project Dali for virtual reality painting.

The creator of Photoshop could therefore become one of the market leaders in creative tools in VR / AR, with Google as its main competitor and its Tilt Brush and Blocks apps. On the other hand, we can deduce that Facebook has decided to give up this market to devote itself to its hobbyhorse: social networks in virtual reality. It remains to be seen whether Mark Zuckerberg's firm also intends to abandon Oculus Quill ...