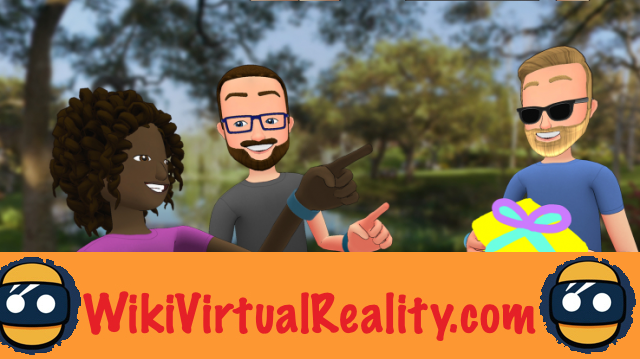 Presented for the first time in October, as part of the Oculus Connect 3 Facebook Spaces is concretely presented as the VR adaptation of the social network Facebook. In this presentation, Facebook Social VR Product Manager Mike Booth announced that the company plans to launch its Social VR app as soon as possible. The deadline has come, since the beta version of Facebook Spaces has been available since last night on the Oculus Store for Oculus Rift.

As announced in October, the application allows users to create personalized avatars to meet in groups of three around a table in virtual spaces conducive to interactions of all kinds. Within these friendly spaces, users can converse, exchange photos or videos, draw, play, or even take selfies together. It is also possible to receive video calls from the outside world through Facebook Messenger.

In order to choose the frame that suits them, users can teleport to different environments, such as space or seabed, or select a 360-degree photo to use as backdrop. In short, Facebook Spaces is presented as a virtual space favorable to the creation and sharing of content. 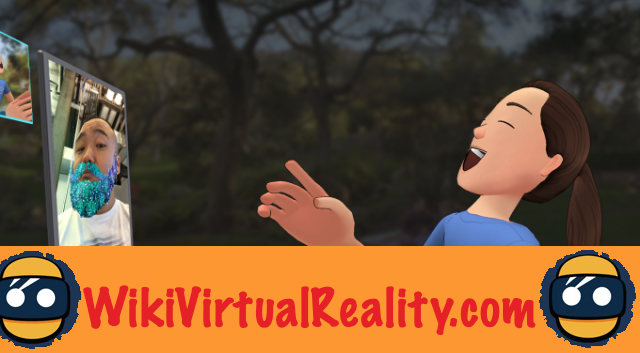 In order to offer realistic avatars, Facebook uses computer vision technology to provide customizations based on the user's profile picture. Thus, the resemblance between avatars and users is striking.

Likewise, users' emotions can be transcribed on their avatars. Since the Rift is not yet able to analyze users' eyes and facial expressions in real time, the emotion engine automatically generates expressions depending on the situation. For now, only fun expressions are supported by this software.


En using Oculus Touch controllers, user can also simulate other emotions. For example, by placing the Touch at the level of his cheeks he can mimic amazement. By placing them in front of his eyes, he can manifest fear. In a way, this system replaces that of emojis for text messaging.

Does Social VR really have a purpose? 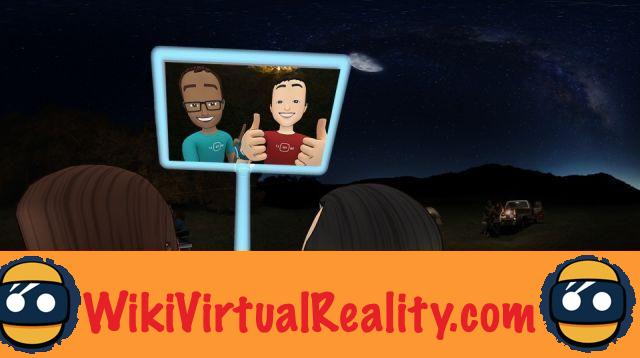 Social VR has always been Mark Zuckerberg's priority, and the reason why Facebook bought Oculus in 2014. However, despite the indisputable quality of this application, one can wonder why such an application is really useful. Following the announcement of Facebook Spaces, many users are wondering why not just join in real life rather than in VR. Others consider virtual reality more as a way to escape into the imagination, while Facebook Spaces seems to seek to simulate the real world.

This app clearly aims to attract a wider audience to virtual reality, to prove that VR is not just for die-hard gamers and other geeks. The problem is that VR headsets, and especially the more advanced models like the Rift, are currently only of interest to techies, especially because of their high price. It is therefore unlikely that the housewife, to enlarge the line, decides to buy a Rift and a VR Ready PC to go doodling with her Facebook friends in virtual reality. Especially since his friends will also have to be equipped with a Rift ...

Ultimately, virtual reality seems less conducive to social interactions than augmented reality, which instead makes it possible to flesh out real interactions using virtual elements. This is also the point of view advanced by Tim Cook, CEO of Apple, for many months. Regardless, Facebook Spaces is an impressive and neat app, which should improve over time and is likely to find its audience. Note that HTC VIVE users can join in the fun by using the Revive hack, allowing you to use the Oculus applications.