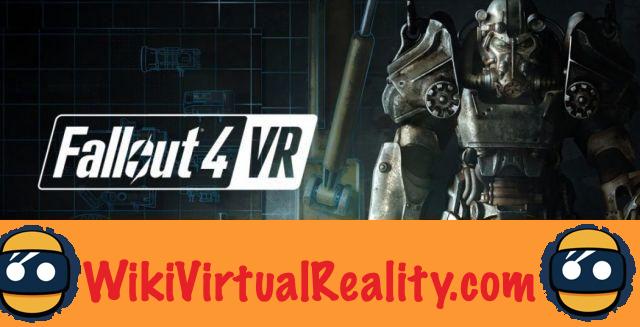 On December 12, 2017, Fallout 4 VR will finally be available on HTC Vive. Thanks to this virtual reality porting, players will be able to revisit the world of Boston Wasteland in a more immersive way than ever. Rather than just using a joystick and buttons to interact, the player is really immersed in the game, and must directly use his hands to wield the various weapons in his arsenal. Suffice to say that the experience promises to be much more intense and thrilling. Fallout 4 VR is without a doubt one of the most anticipated VR games out there today.

While awaiting the release of the game, Bethesda has just uploaded a making-of video showing behind the scenes of the game's development. In this nearly 3-minute video, Andrew Scharf, Lead Producer of Fallout 4 VR and Skyrim VR, s 'expresses the changes between the original game released in 2015 and this port in virtual reality.

According to him, one of the main differences is the VATS system, which is emblematic of the series. In the original version of Fallout 4, the player plans their shots, then freely moves the camera to witness the carnage. However, in the VR version of the game, such a system would quickly cause users to queasy. This is the reason why this system has been completely redesigned. In this version, VATS will slow down time and teleport in real time.

Likewise, in workshop mode, allowing the player to set up his shelter, the menus are attached to the Vive Wands controllers. One of the controllers allows you to navigate among the different furniture and objects, and the second allows you to turn the objects and choose where to place them. This system is much more intuitive and comfortable. In addition, a laser can destroy objects very quickly to change the layout, which seems much more practical and fun than the old system of selecting objects one by one.


The last point put forward by Scharf is the emotional bond that is created between the player and his dog Dogmeat thanks to the immersive nature of VR. The player really has the impression of traversing this virtual world in the company of his dog, and would almost forget that it is only a video game.

Fallout 4 VR: the future of VR depends on the success of this game 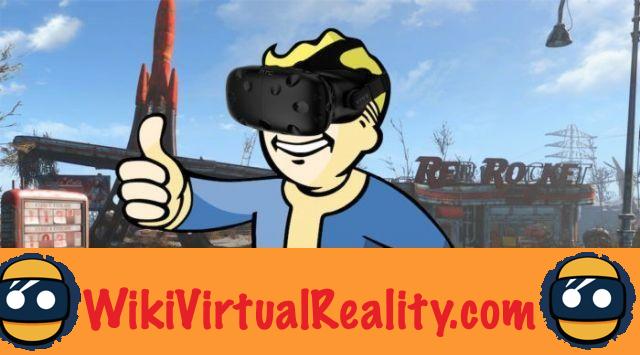 This talk from Bethesda makes you want to play Fallout 4 VR, and all that remains is to hope that the game really lives up to expectations. This port of Fallout 4 will be one of the biggest VR games since the launch of the Oculus Rift and HTC Vive, and its commercial success will be decisive for the future of the market.

If the game sells well, other large-scale developers will be tempted to take their turn in virtual reality. Otherwise, it could be a stab for the VR gaming industry. In any case, the date of December 12 will be fateful for the history of video games in VR.