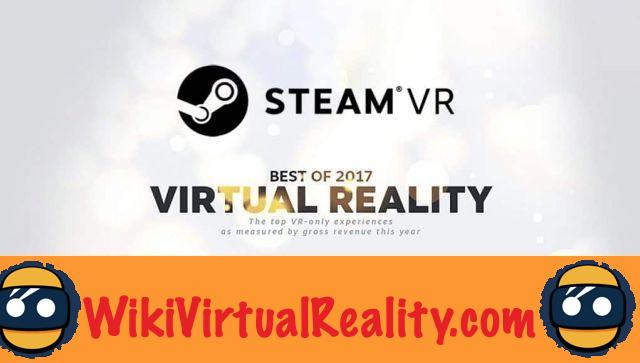 As part of the New Year, Valve unveils the list of the best-selling virtual reality games on Steam VR in 2017. The list is in the form of a top 100, and the games that make it up are divided into several categories ranging from Bronze to Platinum. However, the sales figures for each game are not revealed precisely. In order to estimate the revenue generated by each game in the Platinum category, we therefore based ourselves on the data aggregated by the SteamSpy site. 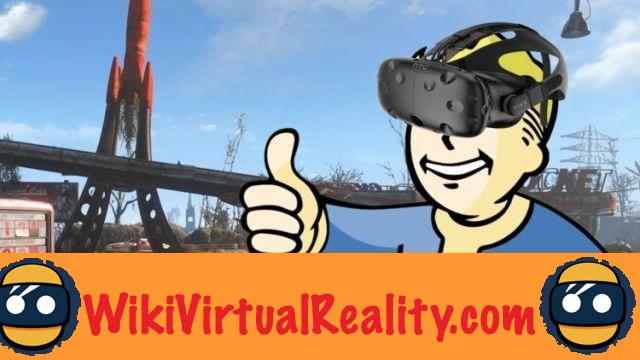 Unsurprisingly, the VR game that grossed the most money in 2017 on Steam would therefore be the excellent Fallout 4 VR. With around 80 units sold, it is clearly not the best-selling game, but its price of 000 euros has allowed developer Bethesda to generate a colossal sum of $ 60. For a game released on December 4, 732, the feat is impressive.

In second position, we find the famous Arizona Sunshine cooperative VR FPS, offering players to decimate hordes of zombies through a campaign mode or a survival mode. Available since 2016, this excellent game continues to occupy the top of the rankings thanks to its many qualities. In 2017, the title was reportedly purchased on Steam nearly 120 times, allowing Dutch developer Vertigo to generate $ 000 in revenue.

On the third step of the podium, we find the game Raw Data, available in Early Access since 2016, but officially launched in September 2017. Here again, this excellent multiplayer FPS allowed developer Survios to break sales records. The title would have sold nearly 110 copies in 000 for a total revenue of $ 2017. 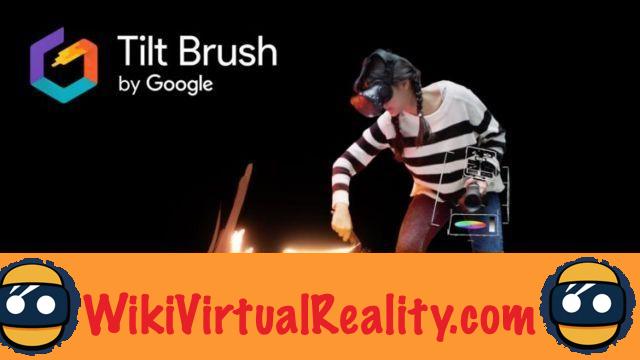 Next is Google's Tilt Brush drawing application, which has sold 201 copies for a total of $ 268. In terms of the number of sales, Tilt Brush therefore comes out on top. We find in fifth place Job Simulator, the game adored by all children. Developed by Owlchemy Labs, the title sold 4 copies in 025 for a total of $ 360.

Knowing that the studio Owlchemy Labs was acquired by Google in May 2017, the Mountain View giant has taken advantage of virtual reality throughout the year with a total of three top 10 games in its possession. Indeed, the last place in the ranking is occupied by Rick and Morty: Virtual Rick-ality, the other flagship game from Owlchemy Labs, taking up the concept of Job Simulator in the universe of the animated series Rick and Morty. Sold at 61 copies, the title would have generated 330 dollars (still according to SteamSpy).

The Audioshield game, available since 2016, climbed to sixth place with 140 copies sold in 000 for a total amount of 2017 dollars. In seventh position, we find SUPERHOT VR, another of the best VR shooter games available today. This very original game, in which time only passes when the player moves, sold just over 100 copies on Steam and allowed the developers to generate 000 dollars.

Then we find Onward, the cooperative multiplayer military operations simulator. Available since 2016 in Early Access, the game sold 96 copies in 000 for a total of $ 2017. Finally, in ninth place, ahead of Rick and Morty: Virtual Rick-ality, it's the famous Space Pirate Trainer arcade game which rose in the ranking with 158 units sold. Despite this impressive number of sales, the price of just 191 euros allowed the developer to generate "only" 15 dollars, which is half as much as Fallout 2 VR. 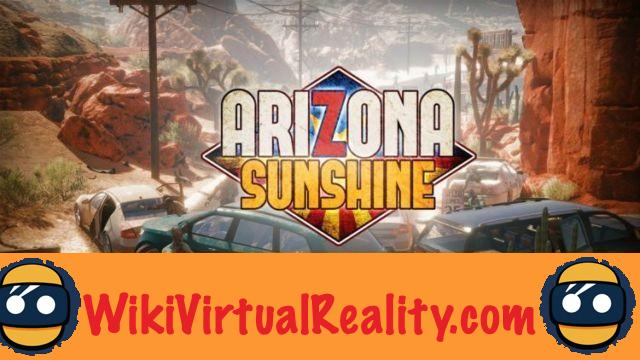 This ranking reveals several interesting facts. First of all, the arrival of Fallout 4 VR in first place shows that AAA license adaptations in virtual reality are of great interest to gamers. Developers like Nintendo or SEGA would therefore have every interest in transposing their cult franchises into VR. Remember that Resident Evil 7 on PSVR is the best-selling VR game on all platforms.

On the other hand, we see that almost half of the top Platinum games were launched in 2016, which may suggest that 2017 was less rich in quality content. However, 75% of the games in the Gold ranking were released in 2017. We can therefore think that it will simply take a little longer for these games to manage to climb into the top of the best-selling games. After all, most gamers are guided by the Steam ranking of the best-selling games of all time. In fact, the first successes are likely to remain at the top of the sales for a few more years.