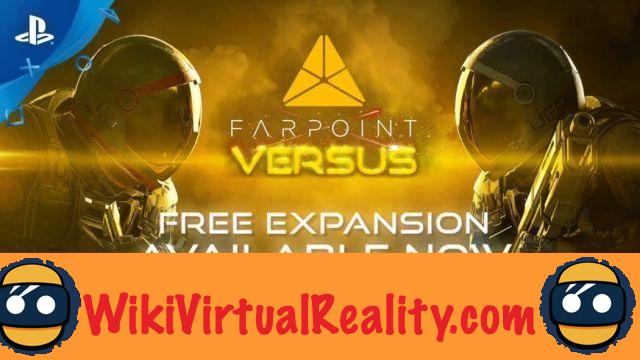 FPS Farpoint is one of the best PSVR games available right now. This first person shooter, developed by Impulse Gear in direct partnership with Sony, offers an interesting storyline, high quality graphics, intense gameplay and a very decent lifespan. It is also the first game to be compatible with the PlayStation's Aim Controller rifle-shaped controller, which provides full immersion in virtual reality.

On June 27, 2017, Farpoint received a first DLC, Cryo Pack, adding several levels and other challenges to be completed in cooperation with another player. In this month of December 2017, Farpoint just received a new update bringing competitive multiplayer features, eagerly awaited by fans. This new DLC called "Versus" offers two different modes allowing two players to compete.

The PThe first mode is a traditional Death Match, offering quite simply to the two players to face each other within one of the various environments of the game. The second mode, uplink, consists in capturing a point before the adversary. At first glance, the idea of ​​being able to play only two players may seem boring. However, to address this potential issue, Impulse Gear had the good idea to add different objectives to each of the maps.

When one of the two players captures one of these objectives, a creature controlled by the computer rises up against its opponent. Each of the creatures has its own skills and performs a specific function. For example, the Grunt stays close to the player and behaves like a bodyguard. Drones, on the other hand, scan and search for the opposing player. It is then enough to follow them to flush out the enemy. For their part, the Goobers send acid bullets at the opposing player and his troops. Obviously, the player can only deploy a limited number of creatures simultaneously. In fact, players will have to choose which objective to capture and which creature to summon with insight in order to destabilize the opposing player. This concept adds a strategic dimension to clashes.


Farpoint: the number of weapons increased from 5 to 20 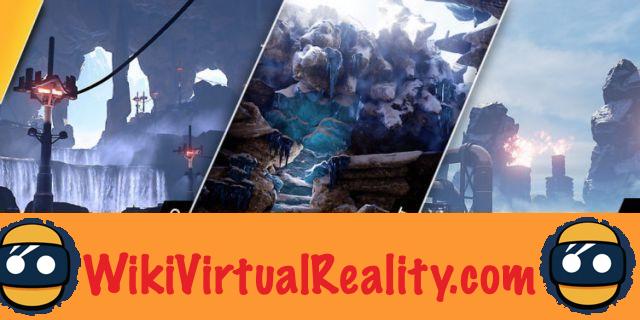 Along with these new competitive modes, the Versus update also brings new weapons. The arsenal goes from 5 to 20 weapons. More precisely, these new weapons will be variations of the 5 original weapons: assault rifle, shotgun, sniper rifle, nail gun and plasma rifle. Each variant will have a different appearance and stats.

La Versus update is available now, for free, on PSN. Note, however, that to play 1vs1, both players must have Farpoint and have a subscription to PlayStation Plus.