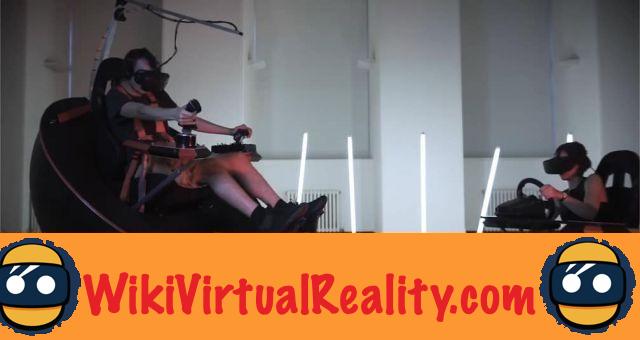 In order to trick the brain into giving it the illusion that it is having an experience, virtual reality generally uses two senses, sight and hearing. However, the lack of a sense of movement often spoils the experience, reminding the brain that what it is experiencing is not real. By offering the sensation of movement, acceleration and displacement, Feel Three offers not only a more realistic and deep immersion, but also incredible sensations. And since sometimes images are worth more than a long description, a video demonstration below.

Feel Three comes in the form of a hemisphere with a bucket seat, harness and controllers. Once harnessed, the user can experience thrills by being immersed in the center of the action and his whole body follows the movements and accelerations offered by the virtual reality experience. 3 degrees of freedom are offered with 100 degrees of tilt and rotation. Vibrations are also offered. The possibilities offered are truly impressive. 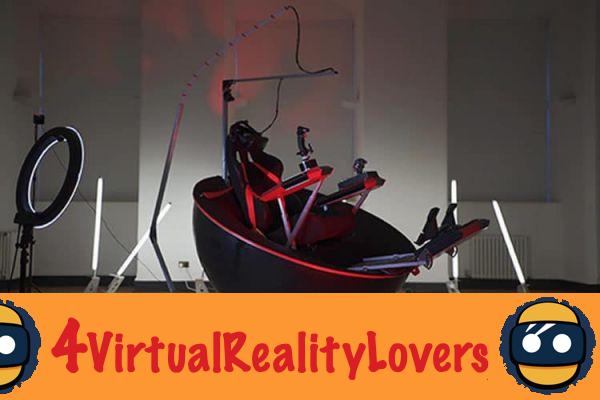 The Feel Three design system has been thought to offer both a large amount of safe feeling at a much lower cost than other currently existing systems like the articulated arm of Samsung or even the impressive MMONE system. The device is fully modular and you can install the controllers of your choice (pedals, steering wheel, joystick, etc.) depending on whether you want to simulate car racing, space fights, flight simulator in an airplane, etc.

Feel Three is a huge success on Kickstarter

Feel Three has been designed to adapt to many games. Already, more than 80 virtual reality games are supported. The device was also designed for other applications such as classic games without VR but also dynamic films offering movements to the viewer. Feel Three is an ideal device for leisure parks and virtual reality centers, but individuals can also acquire it. Different models are offered at very affordable prices for such a device.

In order to finance the upcoming marketing of the simulator, a fundraising campaign by Crowfunding has been launched on the Kickstarter platform that you can consult here. It is a colossal success. In just 5 hours, the goal of $ 65.038 raised was reached with the campaign when it has just started. It takes around 670 euros for a standard version offering a few movements at 2235 euros for the full version. The first deliveries are scheduled between March 2019 and June. After the Kickstarter campaign, prices should logically increase.

add a comment of Feel Three: an awesome motion simulator for virtual reality