Feelreal: the mask that adds scents in VR is coming to Kickstarter 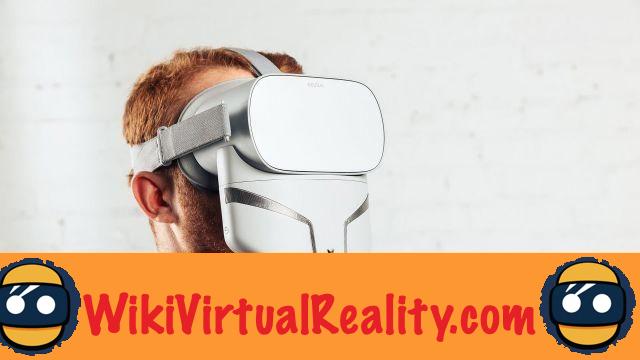 Originally, it was during GDC 2015 that the prototype of the Feelreal mask was presented. Already then, the product attracted the attention of the public and the media. For good reason, the proposal is daring: this accessory allows to add olfactory stimulation and haptic feedback to the experience offered by VR headsets. Clear : the Feelreal allows you to smell the smells in virtual reality, as well as the sensations of touching on the face.

In 2015, this project could seem totally unrealistic and disproportionately ambitious. While the Oculus Rift CV1 hadn't even been released yet, no one could have believed that VR headsets could one day deliver such features straight out of a sci-fi movie to the Ready Player One. And yet, on December 27, 2018, the company confirms that its concept is very serious and that Kickstarter fundraising campaign will be launched soon.

According to the manufacturer, the Feelreal contains an “odor generator” based on replaceable cartridges. Nine individual flavor capsules can be used simultaneously. These capsules generate odors as varied as burnt rubber, gunpowder, lavender or mint.

In total, the company plans to offer 255 different smells in his shop to allow users to mix at will. Each of these scents was crafted by Ukrainian olfactologist and perfumer Bogdan Zubchenko.

The objective is of course to accurately simulate the atmosphere of video games and VR movies to enhance the feeling of immersion. Feelreal states that its aromas can be safely inhaled and are similar to those used in the food industry.

The Feelreal mask has an odor generator and haptic components

This scent cartridge system has already been used in the VR industry, notably by the company CamSoda and its OhRoma allowing you to smell body odor while watching an X movie. However, the variety of perfumes offered by Feelreal is much greater.

In addition, this mask is distinguished by the presence of chaptic components allowing you to experience various contact sensations on your face. For example, there is an ultrasonic ionization system making it possible to feel the humidity of the mist, or micro-radiators generating sensations of heat. Likewise, micro-coolers will let you feel the wind stroke your face, and haptic motors will vibrate. Here again, the goal is to amplify the immersion.

Le Feelreal mask will be compatible with the Oculus Rift, HTC Vive, PSVR, Oculus Go and Gear VR. It connects easily to the VR headset using Bluetooth or WiFi, and attaches to it with magnets. This allows it to be easily removed to change the odor cartridges.

The integrated battery promises almost four hours of battery life. Several games will be natively supported, of which and . In addition, the manufacturer has created its own catalogs of experiences like Feelreal Dreams which highlights the different features of the mask. The firm also announces that 360-degree videos will be supported. The product is offered in white, gray and black.

We do not yet know when the Kickstarter campaign will be launched, and at what price the mask will be offered. However, “Early Adopters” can already register on the company's official website to receive notifications on the progress of the project. They will also benefit from an “Early Bird” discount when the campaign begins.

add a comment of Feelreal: the mask that adds scents in VR is coming to Kickstarter