[File] Key figures for the future of virtual reality 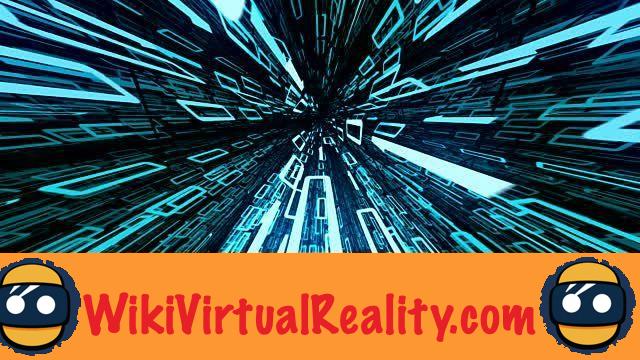 A market of more than 4 billion dollars in 3 years 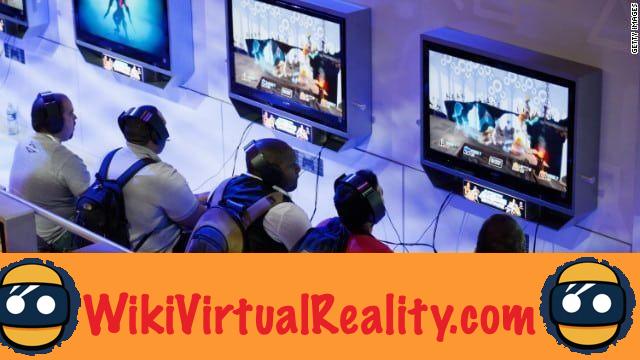 This is a first in this sector. CSS insights to interviewed over 3 consumers in 000 different markets (England, China and the United States) and analyzed the market over several years in the field of wireless technologies and connected objects.

Today estimated at 300 000 dollars, within three years, the market could move to 4 billion according to CCS insights in 2018. According to the analysis institute the virtual reality market has the potential to become one of the most important technological advances. This new study focuses on both augmented reality and virtual reality and their development potential by 2018. The authors have on this occasion studied several applications for virtual reality, but also can be combined with l’oculus rift or the family Gear VR virtual reality headset. 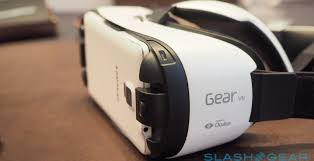 According to this analysis, 2,5 million augmented and virtual reality devices, today, this number could increase to 24 million, in 2018. The brands that stand out today as the most involved in manufacturing projects for virtual and augmented reality products are today: Google, Sony, HTC or Samsung in the field of smartphones.


HTC et Samsung They also work in partnership with video game development companies such as Valve. Video games are of course the essential element in the development of virtual reality tools, the two now go hand in hand, even if the video and leisure markets in the broad sense will be just as much allies of VR. The potential of virtual reality is based on the experience sought by user Ben Woods an analyst of CCS insights.

Analysts expect a democratization of the virtual reality market not only within mature markets, but also emerging markets where companies could take advantage of smartphone penetration in these markets.

Explain Ben Woods, research director at CSS insights and one of the study authors. CSS insight notably foresees a development of this sector in the next two years and this could give them a definite competitive advantage.

Smartphones will represent 90% of sales of virtual reality items

Another striking figure, the smartphone could occupy a considerable place in the virtual reality market. 90% of sales would be made on this market in 2018. Google cardboard et Samsung GR are among the most developed applications in this market. Games, travel, marketing, video, social, are the main fields of application of virtual reality.

At the forefront of this market, we find in particular the Samsung Galaxy Note 4 and  Galaxy S6 but still applications such as google Cardboard.

Du 16 at 18 June took place theElectronic Intertainment Expo 3, E3 in Los Angeles, the representatives of virtual reality were of course at the rendezvous. The Morpheus project was eagerly awaited by the community of innovation professionals. Another project that has not failed to delight fans already conquered by the world of virtual reality: 505 games featured its Adrift game using the Oculus rift.  It was also possible to find virtual reality ski goggles there, or even virtual reality helmets but gloves allowing interaction with a virtual universe.

The study also focused on augmented reality, a market that could bring 3,6 billion dollars by 2018 according to the study. Several have already started. The Disney brand has announced the release of several virtual reality products, but the immersion experience and the ever-increasing digitization of data for information, entertainment and strategic purposes is only in its infancy. .

What is the future of virtual reality?  Explain Ben Woods de CSS insights. The future could also be played out in 360 degree cameras, motion detection, “see what I saw”, depending on the specialist, or even immersion in live events or live unexpected experiences. For example, the Amazon jungle tour. explains the specialist again.

Or Leap Motion. Founded in 2008, the American company is one of the pioneers of virtual reality. Its flagship product, the box allowing you to manipulate your computer by gesture control released in 2013 had conquered the booming community of virtual reality enthusiasts and had created a huge buzz. The start-up has announced that it is joining the OSVR open source virtual reality headset project led in particular by the brand. Razer and unveiled at CES 2015.


Another contribution of virtual reality in the world of entertainment: brands manufacturing helmets or virtual reality objects have signed partnerships with prestigious names such as Disney or the circus of the sun. These partnerships will allow, among other things, the development of several innovations such as the viewing of a circus show in 3D but also to be immersed in a virtual cinema. Finally, several applications have been developed in order to offer to view part of the globe in 3D.

The group's new video game subsidiary Beast Media will release a virtual reality video game in May 2016 adapted from the honorary film series “Paranormal activity”. The game will be called “Paranormal VR” and will be compatible on PC, Xbox One, Playstation 4 as well as mobile platforms.

Virtual reality is also entering the entertainment industry. " Explain Ben Woods de CSS insights. Whether you like travel, discovery, or the cinema, the possibilities offered by immersion in 3D have not all been explored and the possibilities for the development of virtual universes and its applications are a dream. The VR Gear is part of. This helmet developed by Samsung is a virtual reality headset for “smartphones”. In the line of the oculus, the Gear VR uses a sophisticated lens system and stimulates an extra-large view through a zooming system on the smartphone screen, which the helmet owner slides into the visor after launching the lens. application oculus. The device incorporates a small dial that adjusts the image so that it is as clear as possible. It is equipped with a lateral numeric keypad that allows you to interact with the software. This helmet is also intended to be very intuitive to operate, because the interface is fully controlled with vision and manual controls. 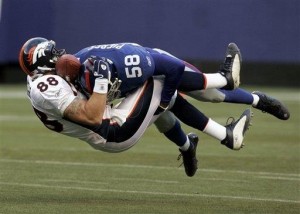 As the applications of virtual reality are hatching in all sectors, sports fans will soon be able to have their full senses too since virtual reality matches are due very soon. It will soon be possible to watch performances in all disciplines using cameras broadcasting a match rendered in 3D and 360 degrees. The society Next VR, an American company bet on this technology. Virtual reality is created thanks to 5 cameras placed at several angles of the football field. Matches can be broadcast using oculus rift headsets and Samsung Gear VR.

The future of virtual reality cannot be played out without sport and much more than a solitary experience, it could become a social experience, a microcosm populated by individuals who recognize themselves through their avatars.

The full CSS insights study will be revealed in early September.