Virtual reality is an opportunity for all fans of new media and its applications are no longer to be called into question: games, marketing, education and even health. For filmmakers, it could be the new turning point not to be missed. Evidenced by the attraction it aroused during the last Comic Con international, a multi-genre film festival that takes place every year in San Diego, California. The organizers have in particular put virtual reality in the spotlight by offering several activities involving virtual reality. And film professionals are not the last to see it as a future asset for the film industry.

Several filmmakers have tried it.

The demo of a movie called “TheBlu: Encounter”, is a 2 minute demo that spectators were able to discover this year. It makes it possible to realize the potential of virtual reality. It stages the journey of an underwater ship in the depths of the ocean. Spectators were required to don a helmet HTC Vive to watch the film from their seat.

Virtual reality is a source of visual experience and for directors it is a boon. But today, the challenges are commensurate with the benefits they could derive from them.

The scenario of virtual reality films

Why can virtual reality scare the filmmaker? 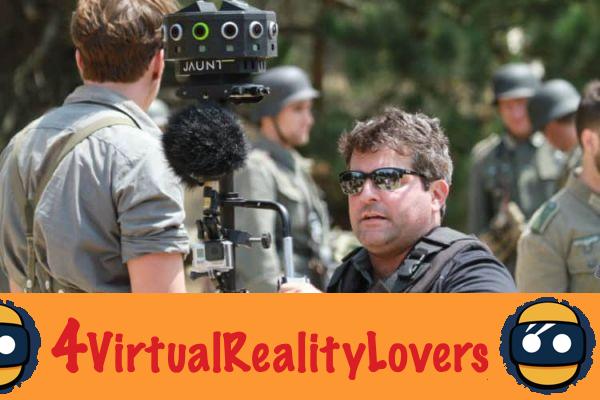 Virtual reality is therefore first and foremost a challenge for the writers of the film, because they will have to take into account in the writing of the scene, all the elements of the place, including those outside the scene itself as explained again Craig Gilbert :

Another challenge for filmmakers who want to turn to virtual reality: filming using a 360 ° camera involves removing the entire film crew from the camera field.

In one of the videos from a Paul McCartney concert, “Live and Die” filmed at Candlestick Park football stadium in San Francisco, filmed using a Jaunt camera, one of the tripods used for the filming is hidden by the logo the company. Jaunt's new camera, “the Neo”, will eliminate the need to hide the tripod. The 3D camera makes it possible to choose the plans coming from the cameras of the device and to assemble them after this selection.

Light and sound for virtual reality

And the report in all this?

Could virtual reality represent a new lease of life for the image reporter? In any case, several audiovisual professionals agree on the fact that image journalism needs it, like Christian Stephen, freelance journalist, photographer and videographer.

The journalist made a report called “Welcome to Aleppo”, produced by the company RYOT in 360 ° format which can be seen from a smartphone or tablet. The video was posted on YouTube. By tilting the tablet or smartphone, the point of view changes and allows the buildings and streets to appear in 360 °.

As in the cinema, the transition to virtual reality in journalism requires a period of adaptation and the acquisition of new rules by reporters in order to appropriate a new language and a new way of telling a story. 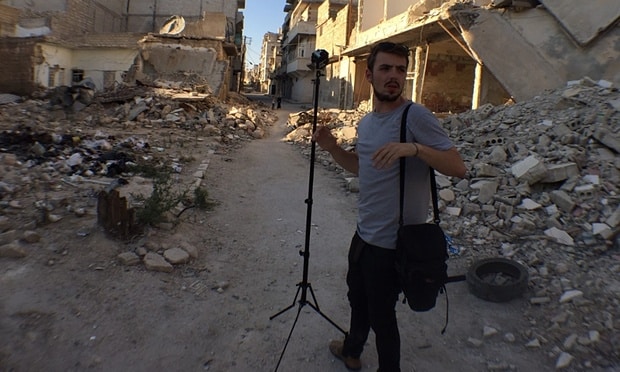 Nevertheless, the choice to produce a report that can be viewed at 360 ° involves a danger for the journalist, as Christian Stephen explains:

Play along with your music in Audioshield on Oculus Quest ❯