Find out how to attend live VR concerts! 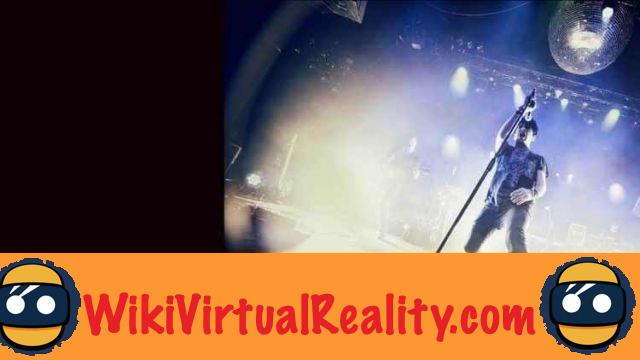 When it comes to live VR concerts, some would easily think of Samsung's advertising spot touting its Gear 360. And yet, VR live concerts are already a reality. Virtual. Indeed, among the major players in musical events, Live Nation, in search of open innovation, collaborates with the startup NextVR to offer musical concerts to live from a virtual reality headset. Jay-Z, Beyoncé, Madonna, Rihanna, Shakira, Lady GaGa and Christophe Willem have all already agreed to offer their performance in live VR concerts.

The Absolut vodka brand also jumped on the innovation train… in 2015! Thanks to its then new subsidiary, Absolut Labs, Absolut developed a virtual reality headset, the aptly named Absolut Ready. With this device, a series of live VR concerts were organized by the brand, from July 2015, with singer Bob Mose, filmed during a performance in Brooklyn, New York, in the opening act.

If the live concerts in VR are in full growth, the music industry does not come, it, not to discover the joys of the virtual reality, in particular by the capture of musical clips in 360 videos. This technology indeed allows a new mode of storytelling, with its constraints and advantages. There are already many music videos in 360: Björk, Fort Minor, Say Lou Lou ... find our selection of the best 360 music videos.

add a comment of Find out how to attend live VR concerts!