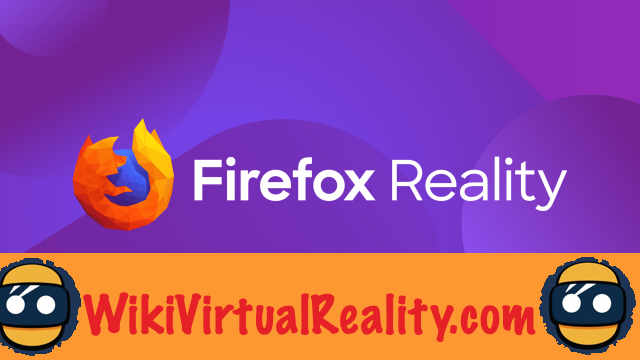 It's no secret: Facebook loves personal data, and the collection and sharing of this information is at the heart of its business model. To get their hands on this precious "data", the American company will stop at nothing. Last week, the firm was fined a record $ 5 billion by the FTC following the Cambridge Analytica affair and other scandals to which it was the subject.

In fact, even though Facebook has promised not to collect or exploit the data captured by the tracking cameras of the Oculus Quest, it has become hard to blindly trust Mark Zuckerberg and his accomplices.

In this context, the Mozilla Foundation has just launched its VR web browser, Firefox Reality, on Oculus Quest. If you do not know it yet, know that this web browser allows you to navigate the web on virtual windows within the VR. In addition, virtual reality content such as 360-degree videos or WebVR applications are supported.

The Firefox Reality browser was already available on most VR headsets, and HTC even chose it as the default browser for its devices. However, if this tool is really interesting for the Oculus Quest, it is thanks to its new feature "Enhanced Tracking Protection".

As you may know, protecting privacy and personal data has been a priority for the Mozilla Foundation since its inception. This is the reason why this new feature will protect your data in VR.

- data captured by Quest tracking cameras will be automatically protected. As a result, applications and websites will no longer be able to record and analyze your behavior in virtual reality.

For the future, Mozilla is also announcing multi-window browsing, bookmark synchronization and support for additional languages. A version of Firefox Reality for augmented reality is also in development. We you therefore strongly recommend to use this browser to surf the web in VR...