[Flash] The final version of the Oculus Rift unveiled!

We were all waiting for it, here is finally the version finale de l'Oculus Rift ! That's it, the Oculus E3 conference took place yesterday in San Francisco and we now know what the Oculus Rift will look like for its release in the first quarter of 2016 !

Yesterday pictures were leaked online but as Palmer Luckey had said, they did not represent the final version of the helmet. So here is what this virtual reality headset that we have been waiting for a few years now!

Un sleek design, the helmet combines simplicity and performance as we can see with this little extract. It will also be sold with an Xbox One controller and a PC dongle, the big surprise of the day! Players will be able to get their favorite games if their computer is running Windows 10, of course! 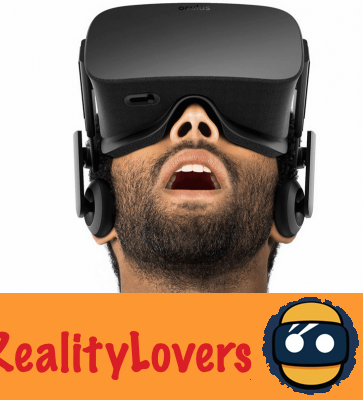 The final version of the Oculus Rift is therefore equipped with two OLED screens as well as two detachable headphones, it is still possible touse own audio equipment. As seen in the second Oculus development kit, the lenses are adjusted for better comfort and better results in virtual reality.

The Oculus company has also planned two wireless pads called “Oculus Touch” for each player's hand. They will allowinteract with the virtual world and this without constraint. She also has reduces the feeling of nausea when using the virtual reality headset.

Portal on Hololens: the bluffing demo that adapts to your environment ❯

add a comment of [Flash] The final version of the Oculus Rift unveiled!