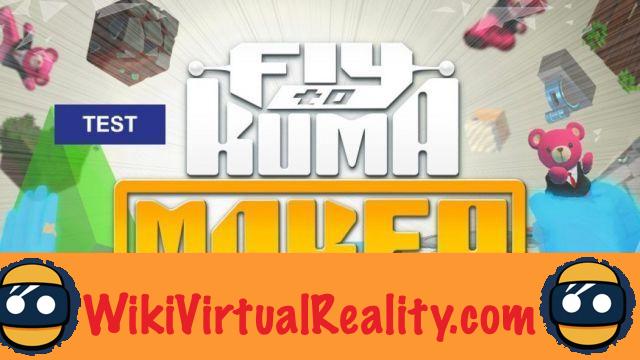 We would like to point out that we tested Fly To Kuma Maker on HTC Vive, knowing that the game is also available on the Oculus Rift.

In Fly To Kuma, you play as a group of 4 aliens resembling humanoid bears (Kuma meaning Bear in Japanese), who wish to return to their planet. However, returning to their home planet will take some time, and they will have to go through several stages which are symbolized by planets, each of these planets will have a particular theme based on a particular element (fire, air, water). 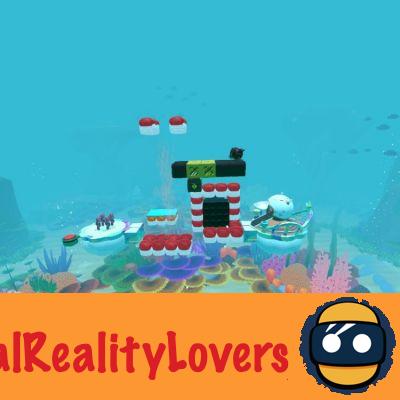 The scenario mode is divided into five worlds which are each composed of a certain number of levels to be completed to move on to the next world. This scenario mode is well balanced by being neither too short nor too long. The difficulty of the levels will increase as you progress through the game. There is no doubt that this mode will offer you a certain challenge, while remaining a great introduction for the future.

The principle of the game is simple, the bears come out of their ships (in groups of four), and when you decide (by pressing a button), the bears will move. They can only move in a straight line, and your goal is to get them to the end point. To complete the mission, you must send in at least one. Otherwise, you will lose and you will have to start over. 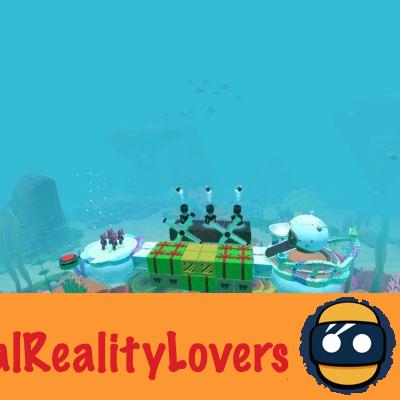 Of course, you will need to move them to the sides at some point. To do this, you will have to use the platforms available in each level to make them go in the desired direction. But several difficulties will present themselves to you, between the vacuum, the hot, electric, windy traps, or the missiles. Your reflection will therefore be your best weapon to counter these traps. 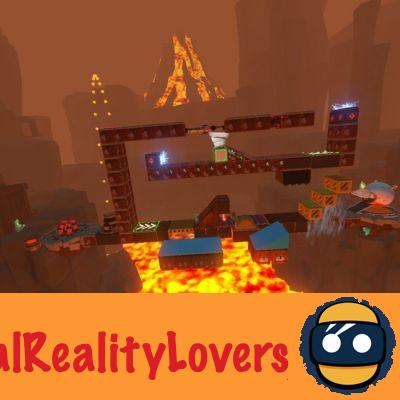 Do not underestimate the contribution of the camera, because you will need it, to understand certain levels. Fly To Kuma gives you the ability to turn 360 degrees, and climb up and down to change your perspective, so you can better act accordingly. Unfortunately, the movements of the camera are too abrupt and quickly give you nausea. Spending thirty minutes changing the camera will be the best way to prevent yourself from eating afterwards.

Unlike the camera management, the tutorial is very well managed by Colopl, it is clear and precise. We quickly understand how the game works, and the first levels quickly put us in the bath. The levels are then linked more or less quickly depending on the level which will become more and more difficult, as you advance in the game. 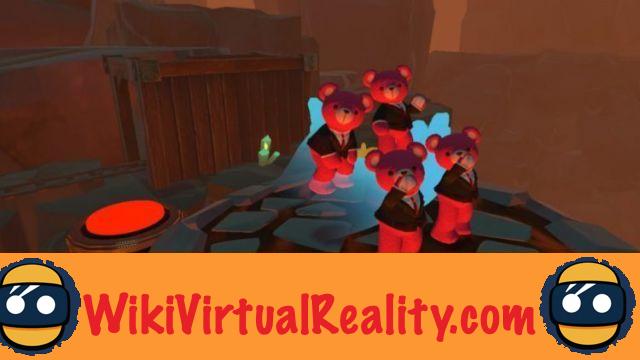 Fly To Kuma Maker also has a second game mode which is the creation mode. In this mode, you will be able to create your own level with your platforms, and your traps. Once your level has been created, it can be saved, and sent on the net so that the whole community can play it. 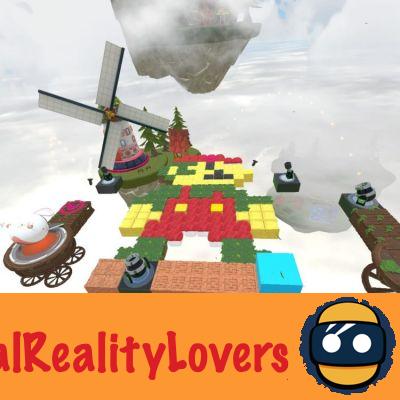 This also gives you the possibility to play the levels created by other players, once a person's level is finished, you will have the possibility to "like" him. This like is added to the like counter for your level, which can then become the level most appreciated by the community within the ranking. This mode of operation is similar to Little Big Planet, or even more recently Super Mario Maker.

Graphically, Fly To Kuma is nice to see, but neither is it extraordinary. The characters and levels are well done, the backgrounds are nice, but don't expect a graphic level comparable to EVE Valkyrie or Project Cars. 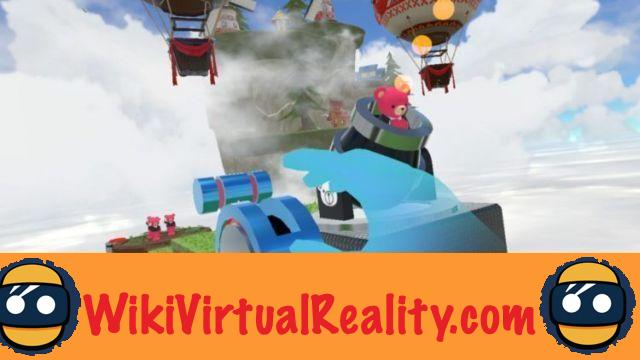 Fly To Kuma provides the essentials, and the developers of Colopl preferred to highlight the gameplay rather than the graphics.

Between the scenario which has about sixty levels, the construction of levels, and the levels made by the community which is present. Fly To Kuma Maker will give you several tens of hours without any problem. 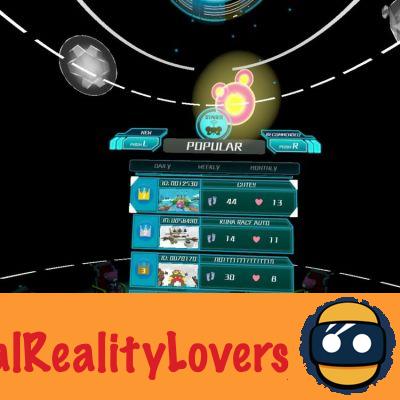 You can also try the 4 star challenge in all levels (it may take you a lot of time). Between building and playing, Fly To Kuma Maker is an endless sandbox that's welcome in virtual reality. And for only 15 euros, the price is well worth the effort.

One of the black spots of the game because despite the time spent on the game, you will have trouble keeping time on Fly To Kuma, between too abrupt camera movements (which you fortunately control), and thinking times, all of this. in virtual reality. All these little details mean that you may feel nauseous after just 45 minutes of playing.

And the habit of playing this game will unfortunately not help the motion-sickness.

For only 15 euros, platform and puzzle enthusiasts will have their holy grail, an addicting and fun game with beautiful game mechanics and several game modes. If you are focused on thinking and sharing, then creating levels and ranking them. most liked levels will be your goal. But if you prefer action, then you will be free to test the creativity of players around the world.

Too bad that the management of the camera is bad and that the musics are not more numerous, because the game really offers a breath of fresh air within virtual reality games. The game is only available in English, but the game remains easily understood by everyone. So go ahead, we recommend it.

Fly To Kuma Maker is a very good puzzle platform game based in a special universe but fun to follow. The game offers a good lifespan, with good gameplay. Despite music and camera problems. It is worth a look.

Scenario: Fly To Kuma Maker doesn't have a story mode to speak of but a campaign consisting of several levels. The challenge of this mode is interesting, and the difficulty well measured.

Playability: The gameplay is easy to understand, well explained, and fun to use. The use of the camera is interesting but marred by concerns of motion-sickness.

Graphics: Graphically average, the game will not fit in the graphic captions. Colopl having chosen to focus on pure gameplay.

Soundtrack : : The big black point of the game, having too little music, you feel a little alone when exploring the level. Also, the choice of what little music there is is bad. Regrettable.

Lifetime : Very good lifespan which is due to the different game modes present. Between solo, online mode, building or exploring levels. You will have plenty to do.

Visual comfort: The use of the camera is mandatory in this game to advance, and unfortunately its use will eventually make you sick.

add a comment of Fly To Kuma Maker test: The Mario Maker of virtual reality