Price, popularity, use… The price comparator Idealo has launched a major survey concerning virtual reality headsets in Europe. The opportunity to discover important disparities but also a growing popularity.

11% savings in the UK according to Idealo

God Save the Queen and… virtual reality. According to the results of the Idealo price comparison survey, we would be well advised to cross the Channel to buy a virtual reality headset. In fact, prices in the United Kingdom are on average 11% lower than those charged in France. On the Oculus Rift, this saves € 97 and € 83 on the HTC Vive. 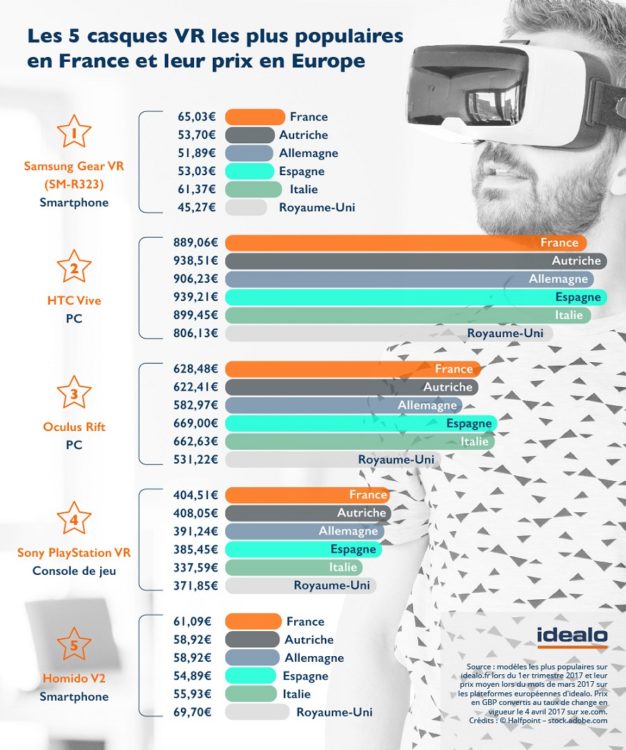 A result that echoes the mapping of European VR companies produced by The Venture Reality Fund and LucidWeb. Published last January, it revealed that the United Kingdom had no less than 26 start-ups dedicated to virtual reality. France then came second in this ranking. Shopping in Italy or Germany also saves a little, respectively 1,52 and 2,78%. Finally, the comparator advises against going to Austria or Spain where prices will be higher by 1,63 and 2,61%.

Headsets for smartphones are on the rise

From the point of view of the most used helmets, this ranking is generally not surprising. Indeed, the first place is quite logically occupied by the cheapest product on the market. Lhe Samsung Gear VR, sold on average at 65 € in France, allows those who want to discover virtual reality to test without taking too many economic risks. The Oculus Rift and the HTC Vive which occupy the 2nd and 3rd place in the ranking represent them a more substantial investment. It takes an average of 889 and 628 €. That is to say a price which still requires reflection for the majority of consumers.


Virtual reality headsets for smartphones are still in the majority for the time being, occupying between 66 and 76% of demand. However, there is no guarantee that manufacturers continue to develop this type of device. Apple, for example, seems to rely more on augmented reality. Microsoft could for its part change the paradigm with more affordable PC headsets and above all less power hungry. 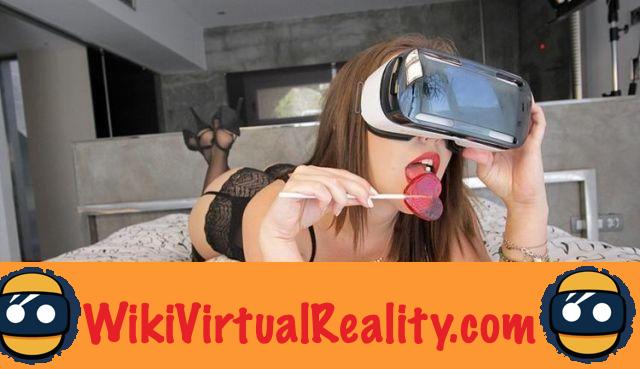 However these would be at the origin of a real boom in sales in the last quarter of 2016. Thanks to these highly publicized releases (and that of the Playstation VR), they attracted the attention of the public and therefore had a ripple effect on the rest of the market. According to the price comparator, demand has multiplied by 20 since September 2015. However, we can only observe the drop observed since last October. Would the effect have faded? We will probably have to wait a little longer to find out.


To discover the latest news and upcoming innovations on virtual reality headsets, visit our dedicated section.

Apple: a patent worth gold for augmented reality glasses ❯

add a comment of For a cheaper virtual reality headset, head to the UK!