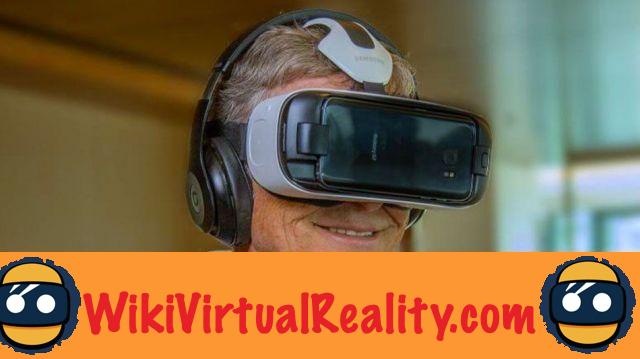 The richest man in the world has indeed decided to create his own Gear VR channel, on which users can follow him on his adventures and attend conversations with personalities like billionaire Warren Buffet. For now, the channel includes three videos. It is not known how often this channel will be updated and what type of content will be posted afterwards.

This is not the first time that Bill Gates has shown his interest in virtual reality. Last year, the Microsoft co-founder posted a VR video in which he spoke with sci-fi writer Neal Stephenson in a Tesla vehicle. This interview is one of the three videos currently available on Gates Notes. However, launch of this full channel on Samsung VR demonstrates deeper involvement in the VR ecosystem.

A few days ago, as part of the ASU GCV Summit in San Diego, Bill Gates revealed he's working on making 360-degree videos for his charitable foundation, The Bill and Melinda Gates Foundation. For example, he announced that he had filmed himself in a refugee camp and in a developing country. Indeed, Gates believes in the ability of virtual reality to generate empathy, and in its potential for areas like education.

It is surprising to see Bill Gates offer content on Gear VR, even as Microsoft is investing in the virtual and augmented reality market with the Microsoft Hololens, or the Windows Holographic platform. Anyway, the Samsung Gear VR is a mobile virtual reality headset, and is therefore not a direct competitor of the Redmond firm in this field.


Gates Notes: a good sign for the evolution of virtual reality

Obviously, the fact that such an influential and powerful figure as Bill Gates is interested in VR is a very good sign for the market of this nascent technology. The creator of Windows has the means to invest massively in the development of virtual reality and thus accelerate its democratization.

The Gates Notes channel is available now for all Samsung Gear VR users. It is among the content highlighted by Samsung within the official Samsung VR application.