GDC 2019 VR: review and summary of announcements for virtual reality 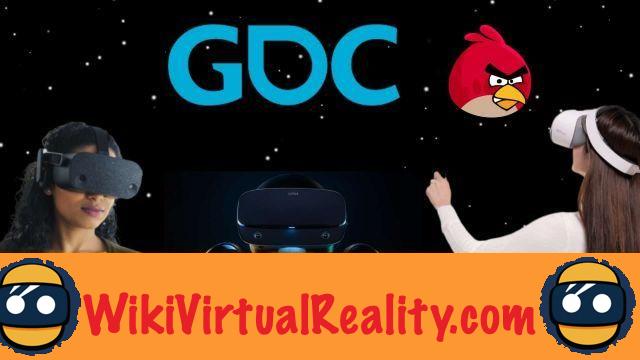 From March 18 to 22, 2019, the Game Developers Conference took place in San Francisco. Many new features have been announced for virtual reality. We offer you a summary of the various new features presented.

Many new VR headsets have been announced during this GDC. The star of the event was obviously Facebook's Oculus Rift S, since it is the first hardware update to the Rift since 2016.

This new headset created in collaboration with Lenovo is distinguished by an improved screen definition, but above all by the same inside-out tracking system as the Oculus Quest.

For its part, HP has unveiled its new Windows Mixed Reality headset: the HP Reverb. This new $ 600 device offers a definition of 2K per eye, and immediately rises as the new champion of Windows VR headsets.

We will also remember the Pico Neo 2, the new autonomous VR headset from the Chinese manufacturer Pico. Based on a benchmark design from Qualcomm, this all-in-one headset has the particularity of be able to be connected wirelessly to a PC.

De many virtual reality games were also announced. First, the port of the excellent Beat Saber to Oculus Quest has been announced. This VR game considered one of the best will be available on Facebook's new standalone headset upon launch.


Finally note the announcement of the game Angry Birds in Virtual Reality for PSVR, and in augmented reality for iPhone and iPad.

In addition to video games, several new software products have been announced. First of all, HTC created a surprise by launching an SDK of finger tracking for Vive and Vive Pro.

She allows to automatically reduce the number of frames per second by two displayed by games to relieve the GPU, while generating images synthetically to compensate.

La Fixed Foveated Rendering feature, meanwhile, reduces the definition of the image everywhere except in the center of the lens. This allows, according to Pimax, to increase performance by 10 to 30% without the user noticing any difference.

It is a technique already used by Facebook for its Oculus Go and Oculus Quest headsets. For now, this Pimax feature will only be compatible with NVIDIA RTX GPUs, but it will soon be available for older graphics cards.

En parallèle, the OpenXR API has finally been launched. This standard will allow developers to create applications compatible with all the different VR headsets.

Finally, NVIDIA announces that its Cloud Gaming service GeForce Now will be compatible from launch with virtual reality headsets like the Vive Focus Plus 5G. It will therefore be possible to play VR games in streaming ...

add a comment of GDC 2019 VR: review and summary of announcements for virtual reality