Gear 360 - Everything you need to know about the Samsung camera 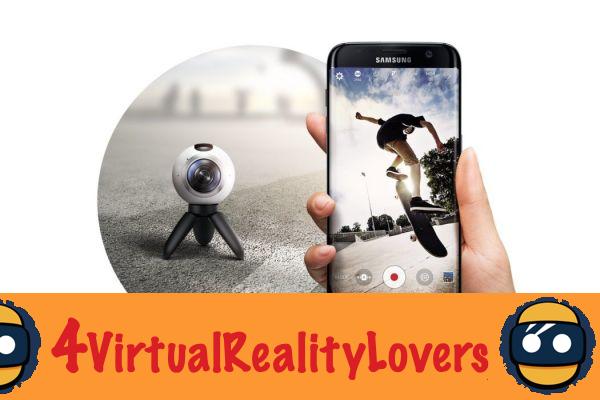 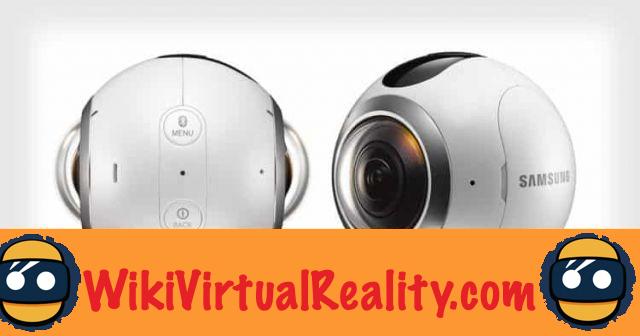 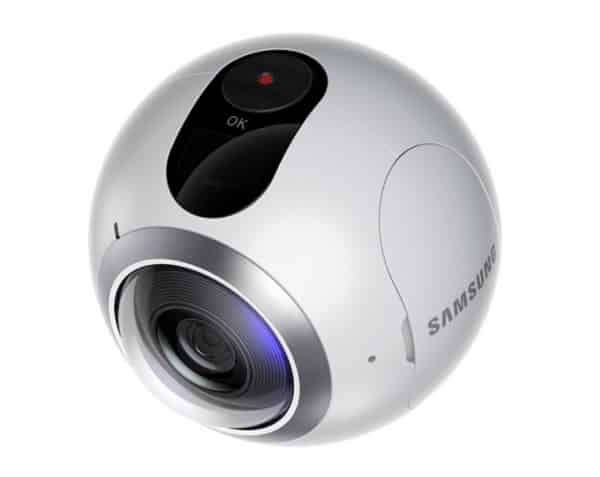 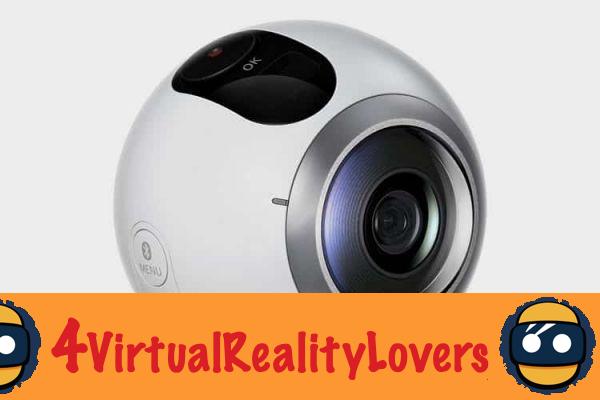 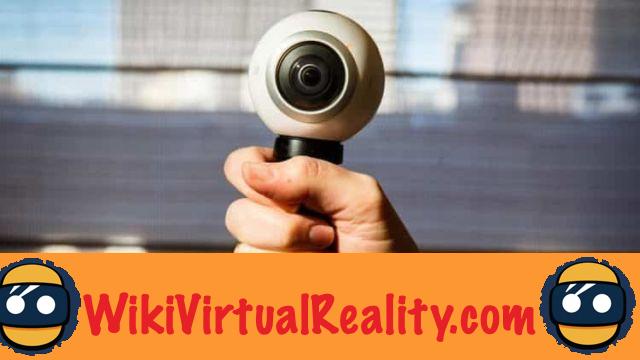 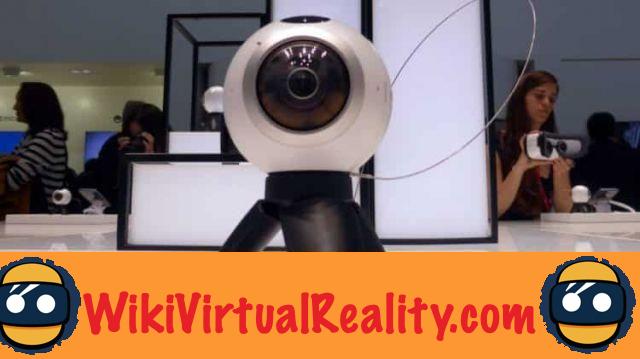 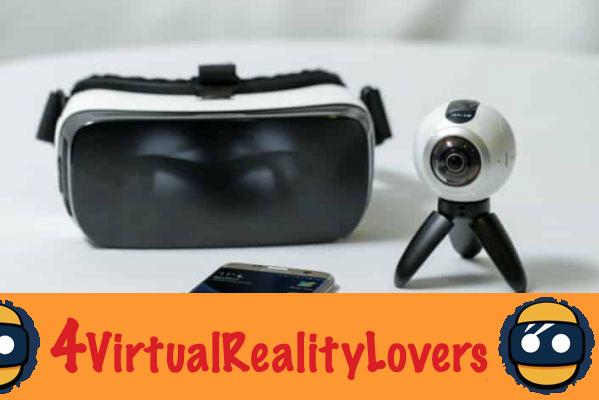 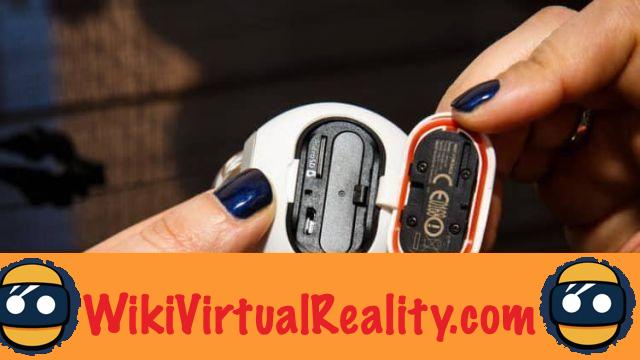 The incredible experience offered by 360 videos, which allow you to see a scene while being able to change the viewing angle in any direction and thus enjoy an entire area, is no longer the preserve of professionals but also a new way of filming for the general public. Thanks to 360 cameras, it is today possible to create 360 ​​° content and share it easily with everyone. One of its cameras is that of Samsung, la Samsung Gear 360. The 360 ​​cameras then use several wide-angle sensors to shoot from several angles and stitch the images together to create content that is visible at 360 °, top to bottom and right to left. 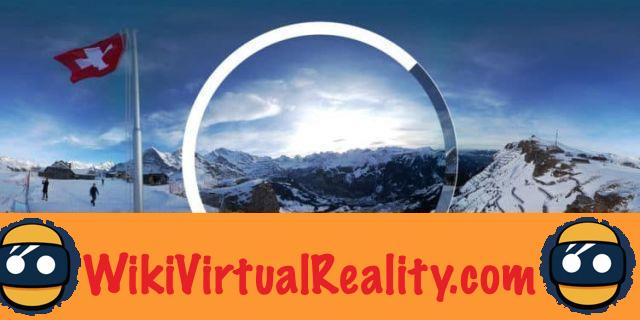 Of course, the Gear 360 can only be used with the Samsung Gear VR, which is already available here, at prices around 100, 150 €. A very reasonable price when you know the price of other VR headsets, although unfortunately, you will have to buy a fairly expensive Samsung laptop. For Samsung's 360 camera, no official price has been announced, but rumors and leaks tend to spin the price up around 400 € and if not, surely below that price. For the release date, again nothing filters, a release this summer seems to be the most obvious of the dates, but nothing is certain. 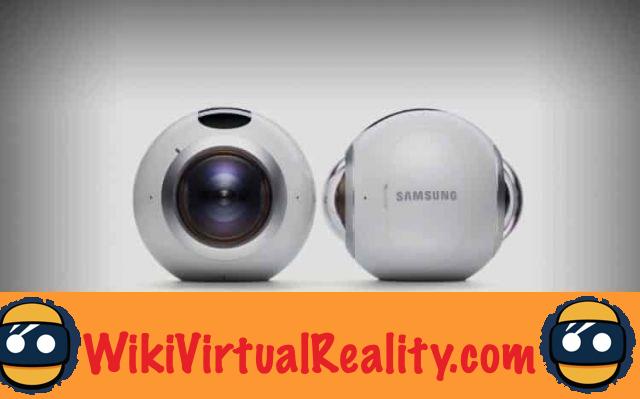 Let's take a look at the different elements that make up the Gear 360 step by step by disassembling the camera to get to the heart of its components: 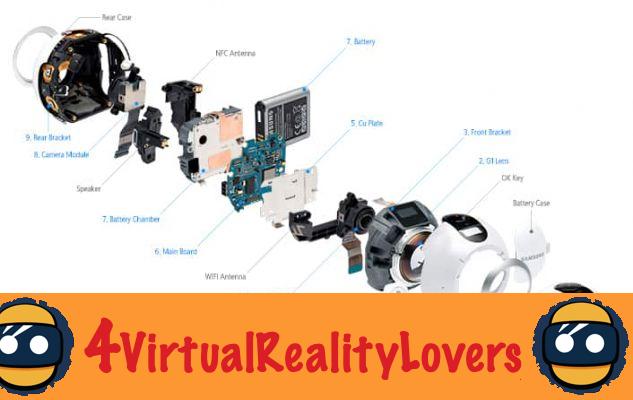 The outline of the 360 ​​camera was created in a fairly intelligent but above all very practical, small and circular way, it allows to easily hold and be handled quickly and very fluidly, unlike some 360 ​​camera impractical in this domain. In addition, this shape allows it to be posed and used in all possible angles.

Finally, this element was built to protect the device from dust and splashing water, of course this does not mean that we can permanently immerse the device in water under penalty of damaging the camera from Samsung.

In addition to the outline and just below it, Samsung has added a protection that allows the device to withstand temperature changes but also high or low temperatures.

Heart of the camera and element of dialogue between it and the user, it allows, via an OK button, to take a photo or stop a video, it also consists of a display 0.5-inch PMOLED 72 x 32 pixels sending information back to the user, such as the various configuration choices or switching from video to photo.

Thermal control interface, this element ensures that the heat of the various other elements does not reach a limit that would damage the device.

The Main Board of the Gear 360 contains two essential elements, the CPU (the processor) and a second image processor the DRIMe5s. Powerful and fast, the DRIMe5s processor not only guarantees high quality reproduction of recorded colors, but also reduces image noise.

This is also where the microSD card port is contained, which can accommodate 200 GB Micro SD.

Samsung's camera battery chamber can hold a 1,350mAh lithium battery allowing the user to record at least 140 minutes of video.

Used to navigate in the menu and switch for example to a 180 ° to 360 ° shooting mode but also to choose the various parameters.

Do not doubt it, the Gear 360 ° will be much better used with a Samsung laptop, if the camera can be used with other types of laptops, some unique features will only be available with the classic high-end Samsung laptops : the Galaxy S7, the S7 Edge, the S6, S6 Edge and S6 Edge + and the Galaxy Note 5. Via these laptops, you can modify the 360 ​​video filmed as you please, by changing its duration, its brightness… but you can also take control of the camera and choose from afar its way of filming or taking photos or adding effects, manipulating the sensors without having to return to the camera and continuing to film. In addition, it will be possible to see the rendering live with a Samsung Gear VR for one of the fastest calculation and creation of 360 ° on the market. With its capacity of 128 GB, it will be possible to keep in memory many images but few videos, it will often be necessary to empty the memory of the camera if you plan to film rather than photograph. 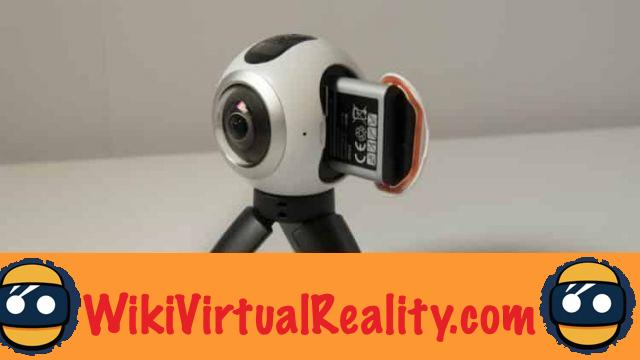 The Gear 360 weighs only 153 grams and has a very useful mini tripod, moreover, the camera of Samsung measures 66.7 × 56.2 × 60 mm. Thus, the Gear 360 is a very discreet and very mobile camera, you can take it everywhere and put it everywhere with its mini-tripod. We can of course add a much larger tripod but also a selfie stick. The camera is then placed as a very pleasant camera to take with either and very versatile in its possibilities of shots.

We must admit, the Gear 360 to enchant, of course remains to be seen what will be the final price to know if it is really worth it, but it is clear that any owner of a Samsung Gear VR should easily turn to this 360 ° camera.