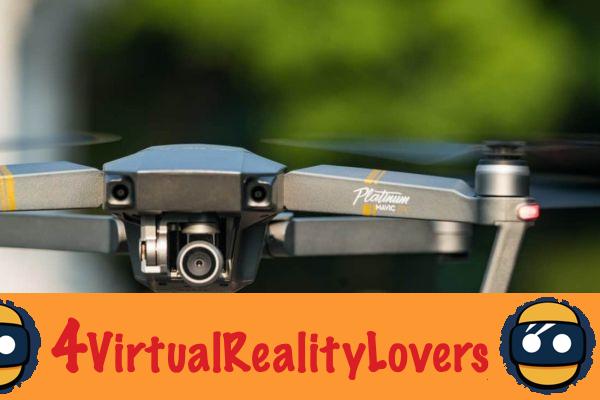 New promotion at BearBest on its range of drones. Especially since it can be used with a virtual reality headset for total immersion. Its price drops from 300 euros to 1005,89 euros with all its accessories and more.

The Platinum Edition is the last generation which brings some differences with the classic Pro. First of all the color is different, slightly coppery. But the change is not only aesthetic, the propellers are more aerodynamic, the motor is different and the speed is better controlled. In the end it brings a significant reduction in noise estimated at 60%. Its autonomy is also visible increased to 30 minutes in flight.

More compared to the old version, but above all a model that is becoming better than its brother, the market leader for ultra compact drones. He still films in 4K at 30fps, 1080p at 96fps or even slow motion mode at 720p at 180fps. Are sensor of 12 megapixels is stabilized in 3 axes for always clear rendering whatever the weather conditions. Obviously, it should not be sent in strong winds, the drone will warn you that it cannot fly under its conditions.

Videos and images are stored on a micro card 16 GB SD included in the pack offered by GearBest and can go up to 64 Go. The contents of the package contain for this price: the drone, the controller, three batteries, a charger, five pairs of propellers, a 16 GB SD card, a micro USB cable, a charging HUB, a cigarette lighter charger , a battery charger adapter for powerbank and a bag to store everything.