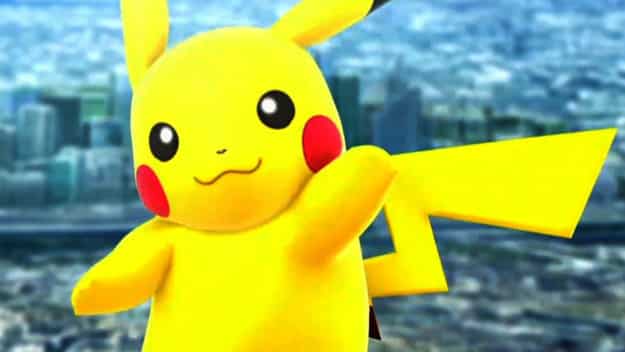 Since October 2016, Niantic Labs regularly organizes events for the different holidays that dot the year. The objective is of course to attract as many players as possible by allowing them to benefit from bonuses for a limited time. For players, this is an opportunity to capture more Pokémon, receive more items, and progress quickly.

From April 13 to 20, Pokémon Go is hosting a special event to celebrate Easter. As you might expect, the event is egg-shaped. Throughout the festivities, players will be able to find more Pokémon in eggs that require 2 km of walking to hatch. They will also receive more candies, and the experience gained will be doubled. Finally, Lucky Eggs will be sold at half price in the shop. The opportunity to gain levels faster than usual.

From March 23 to 29, 2017, Pokémon Go is celebrating World Water Day, aiming to draw attention to the global clean water crisis, with a water festival. Throughout the event, players will encounter more Magikarp, Squirtle, and Kaiminus and their evolutions. Lokhlass and Leviator will also appear more frequently. Near water points, other water-type Pokémon will also be more numerous. Finally, it is possible to buy a Magikarp hat using Poképièces. 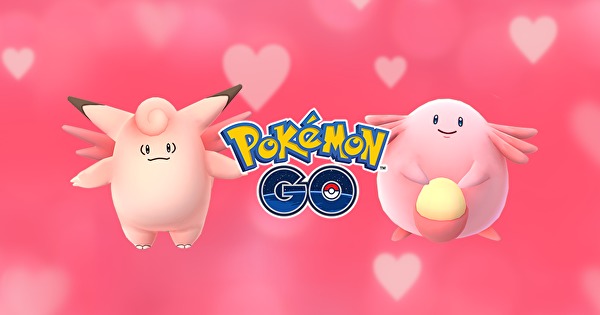 As part of Valentine's Day, Niantic Labs is organizing a special event. This event takes place from February 8, 2017 and February 15, 2017. During this period, players will be able to enjoy several advantages.

First of all, to celebrate the feast of love, pink Pokémon will be more present than usual in nature but also in eggs. Concretely, Niantic Labs remained very vague on this subject and only mentioned Leveinard and Mélodelfe. However, logically, the other pink Pokémon should also appear more frequently. Trainers should therefore meet more Leveinard, Mélofée, Mélodelfe,

Because Porygon and Leveinard are among the rarest Pokémon in the game, take advantage of the event to capture them. Note, however, that these two creatures will only spawn in their usual nests more frequently. If you've ever had the chance to meet one of these Pokémon in a nest, don't hesitate to return there to capture more. As a reminder, Leveinard often appears in the desert, while Porygon is usually found in cities.

Besides the proliferation of pink Pokémon, Regular players will receive twice the candy for the duration of the event by capturing or transferring Pokémon, incubating eggs, or walking their buddy Pokémon. Finally, the Lure Modules will last for six hours. The opportunity to stay all day in a Pokéstop and, with a little luck, to meet love! 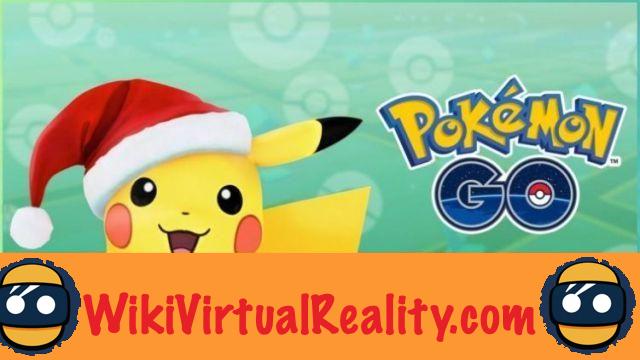 event Pokémon Go Christmas special first happened from December 25, 2016 to January 3, 2017. It is currently unknown whether Niantic Labs plans to set up this event again for the 2017 holiday season. Throughout this period, players have had the opportunity to obtain the Togepi Pokémon by hatching eggs, to receive a single-use incubator per day, to capture a Pikachu in a Santa Claus costume, and to meet more Bulbasaur, Squirtle, Charmander and their respective evolutions.

Du October 26 to November 1, 2016, Niantic Labs hosted the very first Pokémon Go in-game event to celebrate Halloween. In this context, players had the opportunity to receive twice as much candy by smoldering, transferring, or capturing Pokémon. Likewise, Buddy Pokémon brought in 4 times more candy than usual. Finally, the scariest Pokémon like Nosferapti, Fantominus or Soporifik and their respective evolutions were more present than usual. It is not yet known whether Niantic Labs plans to roll out this event every year.

The success of Pokémon GO not only unleashes the enthusiasm of players around the world, but also that of businesses and major brands. In order to surf on this new fashion phenomenon, many brands offer promotional offers, discounts, distribution of gifts and other events relating to the application.

Since the game makes it possible to encourage players to leave their homes, it can also push them to go to physical stores, long neglected in favor of e-commerce. This is a boon for traders, already widely exploited in

In Japan, the game was launched directly in partnership with the American McDonald's. More than 3000 restaurants from the famous fast food chain now serve as sponsored Pokémon arenas in the land of the rising sun. Thanks to this collaboration, players are more inclined to eat at McDonald's, while restaurant customers are tempted to try the game. This major partnership should soon be exported outside of Japan, but is not yet deployed in France. However, France is not without good Pokémon GO plans. 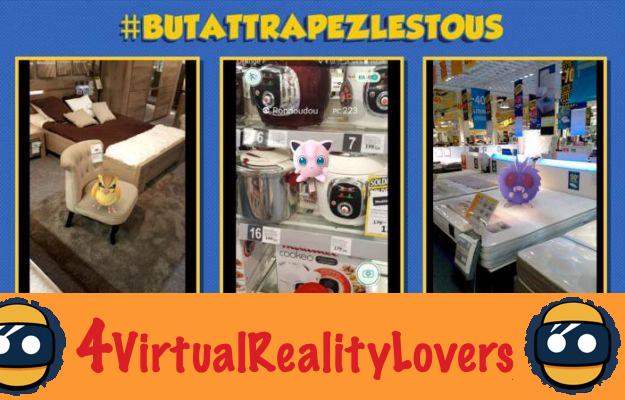 Thus, the furniture seller But offers players to come and hunt Pokémon in the chain's 200 stores until July 23. In each store, the first two trainers to arrive will receive a voucher of 200 €. The following will benefit from a 10% reduction by presenting their smartphone with the application. 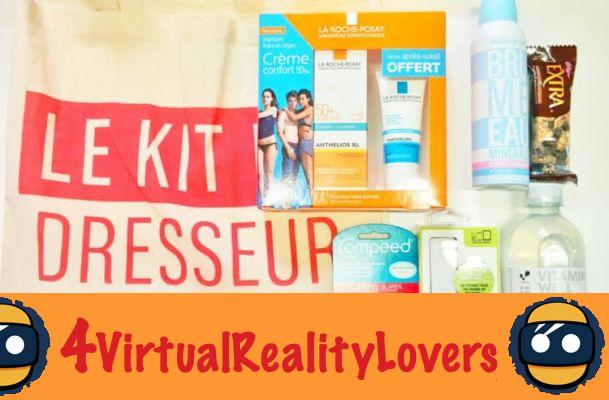 On Friday, July 22, Monoprix organized a communication campaign with Pokémon GO players. Users were invited to go to the store in St Michel, Paris, to obtain a trainer kit. The kit included an energy bar, sunscreen, anti-blister bandages, a fogger and a smartphone charging battery. Unfortunately, the brand fell victim to the success of Pokémon GO, and stocks ran out within 15 minutes. For the moment, it is not known whether Monoprix intends to repeat the operation. 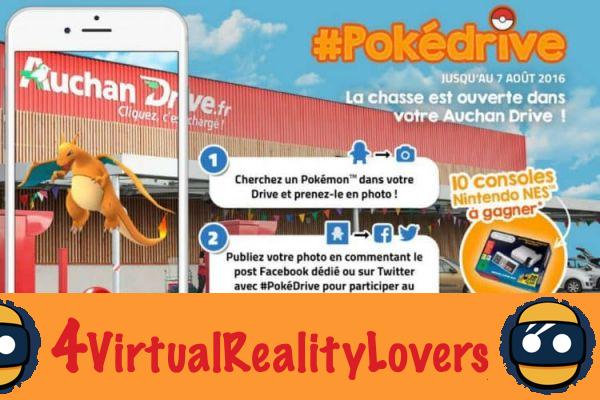 Until August 7, 2016, Auchan Drive is offering a competition for Pokémon GO players. They can take a picture of a Pokémon near a drive, and then share it on Facebook or Twitter with the # PokéDrive. A drawing of lots will then allow win 10 Nintendo NES consoles recently reissued in a miniature version.

Carrefour: Pokémon Goodies to be won

Players who post their photos of Pokémon they have encountered in a Carrefour store can win Pokémon goodies of all kinds. An operation organized on the brand's social networks. 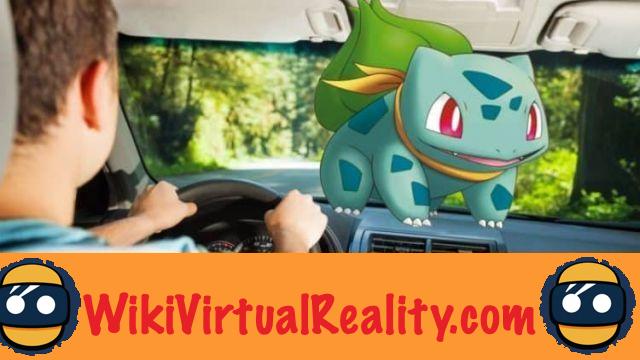 Uber's competitor, Lyft, offers 20% reduction on trips through the operation